Limerick tech worker ‘had to move out’ due to slow broadband 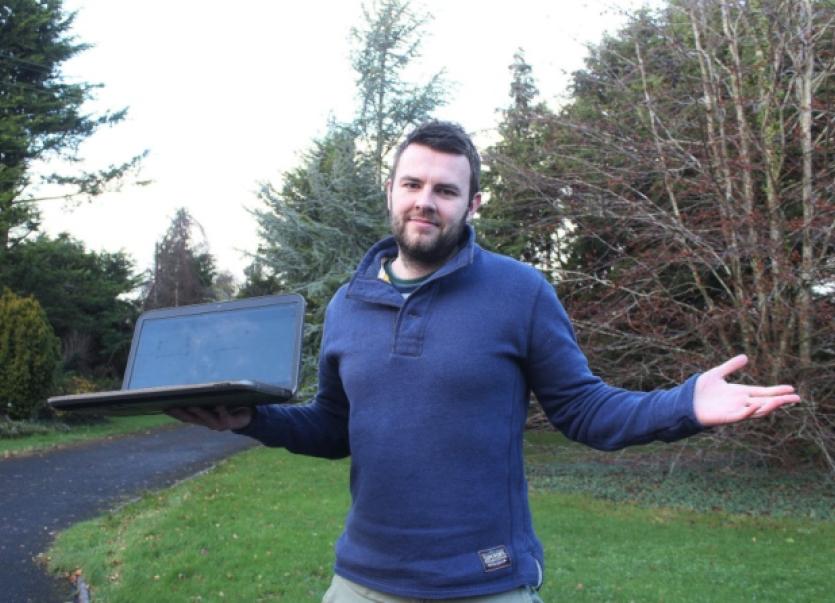 A Limerick technology worker has described as “incredible” the fact that he had to move out of his home just three miles from Limerick city because he cannot access the high speed broadband he needs for his job.

A Limerick technology worker has described as “incredible” the fact that he had to move out of his home just three miles from Limerick city because he cannot access the high speed broadband he needs for his job.

Chris Crowley moved back to Mungret from Britain in August and was delighted to land a job, working from home, with a major technology company. But he was astounded to discover that despite being just three miles from the city centre, he was unable to access Eir’s high speed fibre broadband and that there is no prospect of being able to do so on the near future.

“The minimum speed I would need for the job is 5Mbps but the most I can get here in Mungret is about 2.5Mbps,” he said.

Despite numerous calls to Eir, as well as other private broadband providers, he was unable to find a solution that would allow him to access the broadband speed he required at a price that was feasible. In fact, such were the prices he was being quoted by independent broadband providers that it worked out more economical to move out of home and rent an apartment in the city centre.

“It is absolutely ridiculous,” he said.

“It is a shame that I have to move into the city centre to find an apartment that has broadband.”

There is no fibre broadband connection to Mungret village, despite the fact that estates located less than a mile away on the outskirts of the city have access to high speed broadband offering download speeds of up to 100 Mbps.

The village of Clarina is also connected to the network, which extends all the way out the N69.

“The fact that they have moved onto Clarina and skipped Mungret is a slap in the face,” Chris said.

Eir did not respond to a request to clarify the situation. However, a map of the company’s planned fibre network rollout is available at www.fibrerollout.ie.