Willie O’Dea hits out at Vincent Browne over ‘arcane’ questioning 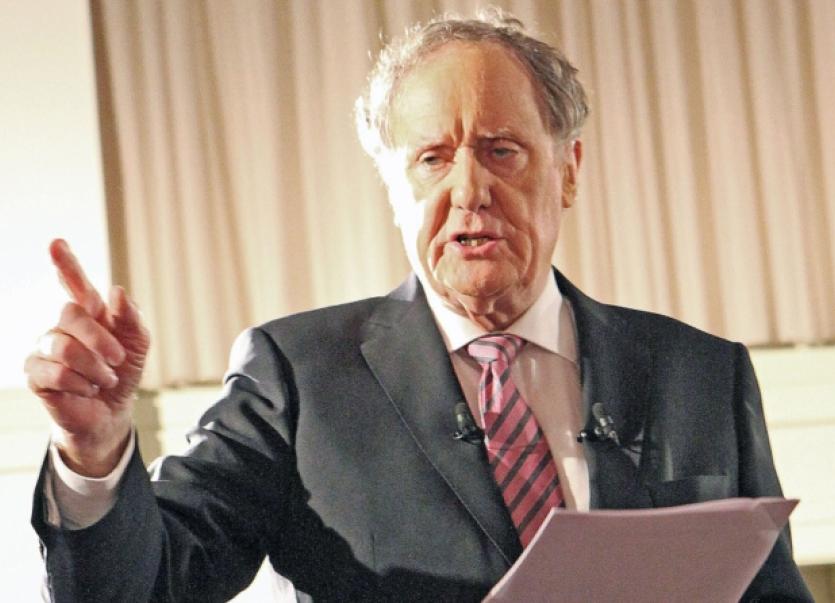 FIANNA Fail TD Willie O’Dea has criticised journalist Vincent Browne for his “arcane” line of questioning in the People’s Debate.

FIANNA Fail TD Willie O’Dea has criticised journalist Vincent Browne for his “arcane” line of questioning in the People’s Debate.

Mr O’Dea was the only sitting TD who attended the event at the Strand Hotel which was subsequently broadcast on TV3 last week, and in the absence of ministers Michael Noonan and Jan O’Sullivan, he was left to field tough questions on his own party’s period in government.

However, Mr O’Dea said the issues raised were “very marginal to the problems we are facing today”.

And he also accused Mr Browne of engaging in “shameless bullying” towards the Green Party’s candidate James Gaffney. It came after the presenter questioned the candidate on his party’s record when in government.

”I don’t expect an easy ride. But I thought some of the stuff they were putting to me was quite arcane,” Mr O’Dea said.

“We are all clued into what is going on in the health service in regards of cuts to the home help hours for example. But he asked me about a mental health report from 2004 – 12 years ago.”

The long-serving TD added: “A lot of people I have spoken to outside Limerick said they found the whole thing a bit bizarre. What have these questions got to do with the situation at present, and what people will be voting on in a month’s time?”

Mr Gaffney, who only joined the Green Party this year, said his experience before 400 members of the public represented “a baptism of fire”.

“I did expect to get some criticism over the Green’s track record in power, I think it was more harsh than what I expected,” he said.

On Mr Browne, the Green candidate – who works as a teacher – added: “I respect him as a written journalist, but I think when it comes to the show, a lot of what he does is for theatrics and it does not necessarily make for good, informative content. I spoke with some of the other candidates, and they were saying the same thing.”

Social Democrat candidate Sarah-Jane Hennelly said it was “really sad” that no government TDs took part in the debate – and wants to see a forum where all those seeking election in Limerick take part ahead of polling day.

Since the show aired on Wednesday night last, Ms Hennelly – a former Independent council candidate – said she had been getting a positive reaction.

But also, she added: “Maybe it was a little biased towards Willie O’Dea. Perhaps the other candidates could have had more of an opportunity to speak, and I know a lot of people said that to me.

“We are in the climate where people are not willing to vote for [traditional parties] and want to see what their options are.”