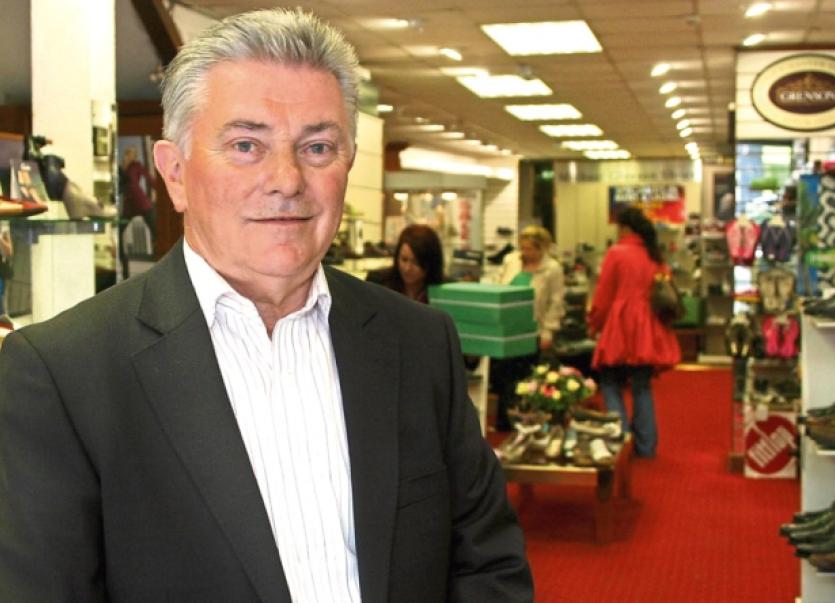 LIMERICK city trader Michael Gleeson has questioned why the council’s free parking initiative will this year end on Christmas Eve.

LIMERICK city trader Michael Gleeson has questioned why the council’s free parking initiative will this year end on Christmas Eve.

At Christmas-time in recent years, Limerick City and County Council has offered free parking on city centre streets from 3pm between early December all the way up to Little Christmas on January 6.

But this year, the initiative ends the night before Christmas.

Now, the William Street shoe-shop proprietor has called on the local authority to re-think the strategy, especially in light of the tough trading conditions business people have faced this December due to the storms and flooding.

“Everybody knows, the week after Christmas is the busiest of the year in Limerick,” Mr Gleeson said, “This is when we get the biggest spend in the city due to the January sales.”

He said it is “most unusual” to see the scheme ending Christmas Eve, adding: “The last two Saturdays have seen a 50% drop in retailing. We owe it to shoppers coming in to at least give them free parking.”

Mr Gleeson wants the council in fact to go further, and offer free parking up to the end of January.

”Retailing since the start of December has been very difficult. There is now a big opportunity for City Council to show goodwill towards the retailers to extend the free car parking to maybe two weeks after Christmas. That is the time where the most money is spent in Limerick. If the weather picks up, we are looking forward to a very good few weeks. But we need to recover from a bad start,” he said.

Cllr John Gilligan admitted it was the first he had heard about the early ending of Free from Three, and will be contacting council chief executive Conn Murray to get it moved back.

“It has worked previously, and the businesses thought it was to their advantage, so this is why we did it. So I do not see any reason why we should change it. I think an initiative like this should be allowed to run. The traders in Limerick have been through a tough time, the same as everybody else, so anything we can do to help them, then we should,” he said.

“We regulate parking to allow cars to move freely. It was never meant to be a revenue-raising practice,” Cllr Gilligan added.

The Free from Three initiative, which started earlier this month, sees free parking in the city centre, plus Kilmallock, Newcastle West and Abbeyfeale. The council was not available for comment.