No mention of John Dillon’s IFA salary in report 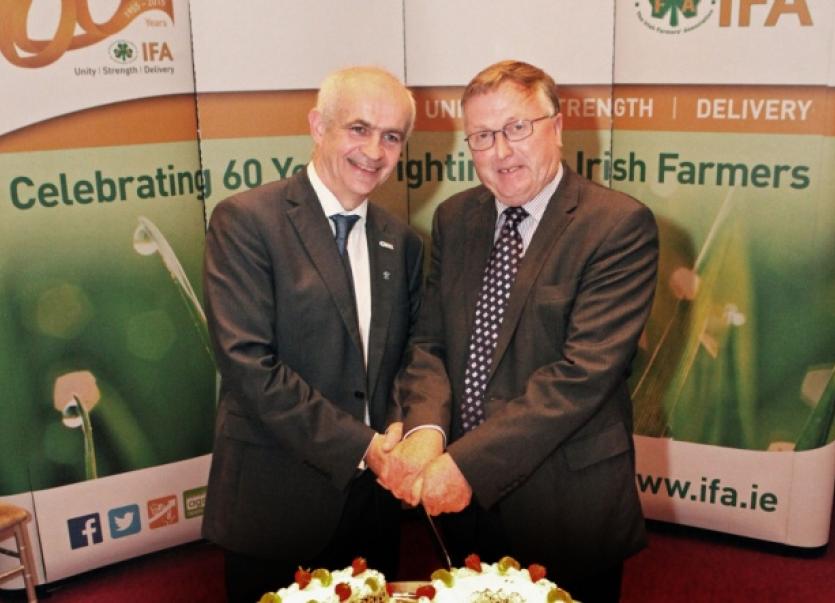 THE SALARIES of a number of former presidents of the IFA were revealed this week but not that of Limerick’s only successful candidate – John Dillon.

THE SALARIES of a number of former presidents of the IFA were revealed this week but not that of Limerick’s only successful candidate – John Dillon.

Mr Dillon did not return a voice message left by the Limerick Leader this Wednesday asking him to divulge his income during his term from 2002 to 2006.

In addition, the report pointed that each former president was invited on to the Board of FBD Holdings, where the current director’s fee runs at €39,600.

Mr Lucey’s report is critical of the fact that the salary of the IFA president has become disconnected from the original purpose of the payment, which was to ensure that the farm did not suffer during their term.

But it is the payments to former general secretary of the IFA, Pat Smith, who was paid almost €3.5 million during his seven-year tenure at the organisation, that have made the headlines. He also criticised the level of bonus paid to Mr Smith, which was equivalent to 30% of his salary.

Details show that between pay, pensions, bonuses, and other fees Mr Smith was paid in excess of €500,000 in three of the six years reviewed. The average during Mr Smith’s tenure was in excess of €492,000.

Mr Lucey said that it is difficult to see the justification for the IFA funding “Top Hat” pension arrangements for Mr Smith.

Commenting on the overall situation, well-known Limerick IFA man David Thompson said the IFA must “sack all the top people who either conned us or were incompetent”.

“Change the name back to the NFA with new elections and return to the original NFA’s genuine all farmers representation policy, but keep the EU office.

”Judging by country-wide reaction to me – IFA’s name has been destroyed beyond reasonable repair, especially for those whose total time, commitment and devoted loyalty was to IFA.

“I feel passionately about this unforgivable, intentional, scurrilous pay scandal in the name of us – the ever reducing number of hard-working farmers who trusted them,” said Mr Thompson.

However, he echoes the words of Richard Kennedy, a former Limerick IFA county chairman and presidential election candidate to Farm Leader when the story first broke, ‘Don’t throw the baby out with the bath water”.

“Farmers should not withdraw membership, remain as a member, have their say and then decide when the new regime is in place.