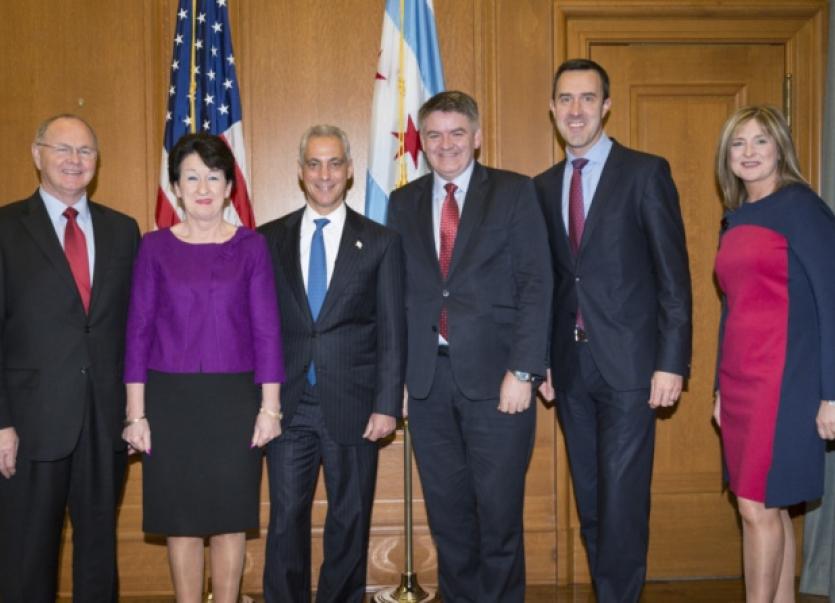 The group, including Shannon chairman Rose Hynes and CEO Neil Pakey, met Mr Emanuel, now Mayor of Chicago, on the three day visit, which finished at the weekend.

The delegation had eight separate engagements with “key stakeholders” from the Chicago region on the trip, which was to promote trade and tourism into the region, focusing on the airport and free zone.

In the meeting with Mayor Emanuel, the group emphasised both traditional links and future opportunities for trade and tourism exchange. A meeting also took place with United Airlines, which operates key services into Shannon, both seasonal and year round.

The group also met with travel agents, members of the Irish-American community and media. Ms Hynes said the intention was to “get out in the market and help make things happen”.

“The three-day Chicago visit is in keeping with that and has been very positive as it has allowed us to forge deeper relationships with existing partners and begin developing new ones with others,” she said.

“Trade and tourism missions like these are essential as they enable us raise awareness among key decision-makers of the strengths of our region from an inward investment perspective and promote the access we have through Shannon, which is key for supporting trade and tourism,” she added.

Meanwhile, the Shannon Free Zone - which is operated by a subsidiary of Shannon Group plc - has been received major international recognition as a centre of excellence for foreign direct investment.

The area was crowned Best Free Zone in Western Europe by fDi Magazine, part of the Financial Times group. It was also awarded the Specialism Award for Aviation, which judges describing Shannon as “a globally recognised centre of excellence for aerospace”.