Starbucks signs up for second helping in Limerick city 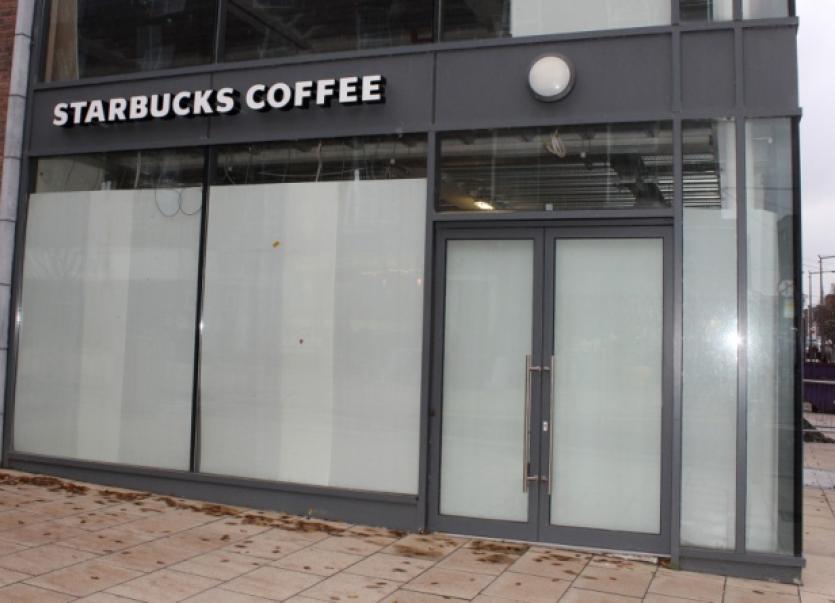 THE first signs that Starbucks is to move into the Thomas Street centre in Limerick city began to appear this week.

THE first signs that Starbucks is to move into the Thomas Street centre in Limerick city began to appear this week.

The coffee chain giant started erecting signage in a bottom floor unit in the centre, the anchor tenant of which will be offices of on-demand taxi firm Uber which will have 400 staff working there.

When it opens – expected to be before Christmas – it will be Starbucks’ second city branch, after the American coffee giant opened at the former Platform Five cafe in Limerick’s Colbert railway station recently.

At present, the interior of the corner unit is still being fitted out to reflect Starbucks’ corporate branding. The Thomas Street centre will also be home to a Smiles dental clinic.

It comes after the glass-fronted unit lay idle for most of the last seven years since its construction, save for temporary occupation through a city council backed scheme.

Back in 2011, planning was sought for a retailer for the bottom of the unit, expected by many to be an express branch of Tesco Ireland.

Uber has already started recruiting people in Limerick, with its headcount up to 100 now. It is operating from temporary offices at the former Anglo Irish Bank in Henry Street.