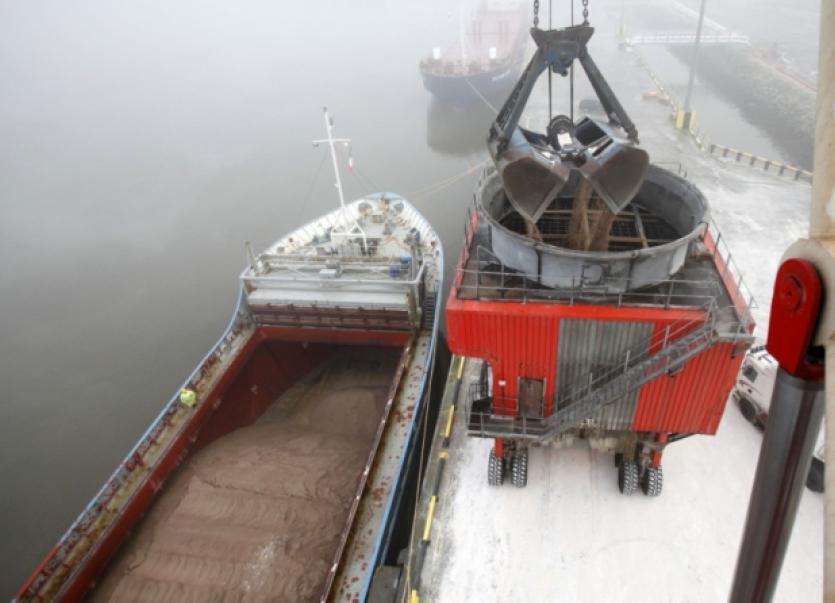 LIMERICK City and County Council is banking on a mild winter as they have 3,320 tonnes less of rock salt in storage compared to 2014.

LIMERICK City and County Council is banking on a mild winter as they have 3,320 tonnes less of rock salt in storage compared to 2014.

A spokesperson says they have “sufficient” supplies to treat the city and county’s regional and national roads this winter.

So far they have been proved correct with November, thus far, being one of the warmest on record. On November 1, temperatures climbed to almost 16 degrees at Shannon Airport. Soil temperatures were two and a half degrees above normal.

“1,680 tonnes of rock salt are currently in storage at the local authority’s depot/maintenance facilities. Salt stocks will also be drawn down by the council during the winter from Transport Infrastructure Ireland (TII) - formerly the NRA - and the Department of Transport,” said the spokesperson.

But the spokesperson says further stocks will be available if required in an “emergency situation” from TII’s strategic salt reserve.

Salt stocks will be used to treat strategic national - excluding the motorway network - and non-national routes around Limerick during the winter season.

Few will forget December 2010 which brought prolonged periods of cold weather down to minus 15. It led to significant disruptions to traffic and travel; burst water pipes caused untold damage as well as resulting in water shortages in many parts of County Limerick.

It was believed to be the worst freeze in Limerick for over 50 years, with locals recalling the last comparable weather event as far back as 1953.

Salt supplies went critically low in the country and two shipments had to be sourced from Egypt and Turkey. However, winters since then have been mild with recorded temperature above average.

Amateur New Zealand photographer Ken Ring, who has featured on national newspapers and radio stations, predicts more of the same this time.

Mr Ring uses lunar cycles for his forecasts. But even if you take his views with a pinch of salt the council has plenty of it for workers to shake under the moonlight as it is almost the middle of November with hardly one frost.

Meanwhile, Limerick City and County Council is urging members of the public to view winterready.ie – an advice and information guide, which is aimed at raising awareness of the importance of preparing for severe weather.