31,000 trips taken on public bikes in Limerick since roll-out 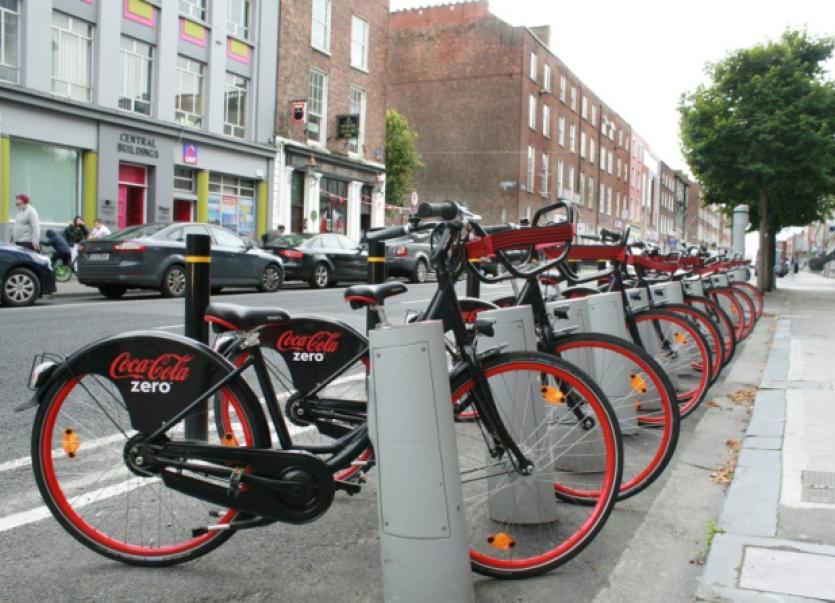 THE public bike scheme in Limerick city, launched almost a year ago, has proved popular with both residents and visitors alike.

THE public bike scheme in Limerick city, launched almost a year ago, has proved popular with both residents and visitors alike.

Some 31,386 trips in total have taken place across the 21 stations operating in the city since the scheme was launched late last year, up to the end of September 2015.

There are 2,322 annual subscribers to the scheme – almost 300 more in total than using the service in Galway, but lagging well behind Cork, where there are 6,789.

From January to September of this year, there were 70 three-day passes issued for Limerick, with July and September proving the most popular months for visitors to the scheme.

The station located at Mary Immaculate College has proved by far the most popular, with almost 4,500 visits since it opened. By contrast, the station located on O’Connell Avenue was only used 145 times in the same period.

The route from Mount Saint Vincent to O’Connell Street has been the most popular to date, with 606 trips by users of the scheme. MIC to Bedford Row and O’Connell Street are also popular routes.

In all, since January, there have been 30,244 trips up to the end of September for the scheme, which officially rolled out on December 8 last year.

There are almost 11 bikes per user as it stands, with each bike used for around 16 trips per month, according to the figures supplied by the National Transport Authority, who operate the scheme on behalf of the Department of Transport, with funding supplied by Coca-Cola Ireland in return for branding.

When fully complete, the scheme will see 23 stations open for use throughout the city area.

Most of the stations are now operational, with a further one to be added at Colbert Station when the development is finished.

A spokesperson for the NTA said usage figures for Limerick were “significantly beyond the original target” of 1,500 subscribers projected for Limerick.

“However, while the number of scheme members has significantly exceeded the original targets, the usage of the bikes in Limerick has been lower than in Cork City, the best performing of the three cities,” said Sara Morris.

“In the case of Limerick, the implementation of a new bike station at Colbert Station, where a public plaza is currently under construction, will add a major destination point into the network in that city.

“Limerick is very active in the Smarter Travel Areas programme. With the development of additional cycling facilities, and increased encouragement for use of the bicycle, it is expected that usage of the scheme will continue to grow over the coming years,” she added.

In launching the scheme last December, education minister Jan O’Sullivan said the scheme provided “another smarter travel option for the people of Limerick”.

Local councillors have called for the scheme to be extended, and it is likely that a connection with UL will be establsihed once the Smarter Travel route from the city along the old towpath route next to the canal is completed next year.