Limerick hoteliers gear up for a bumper Christmas 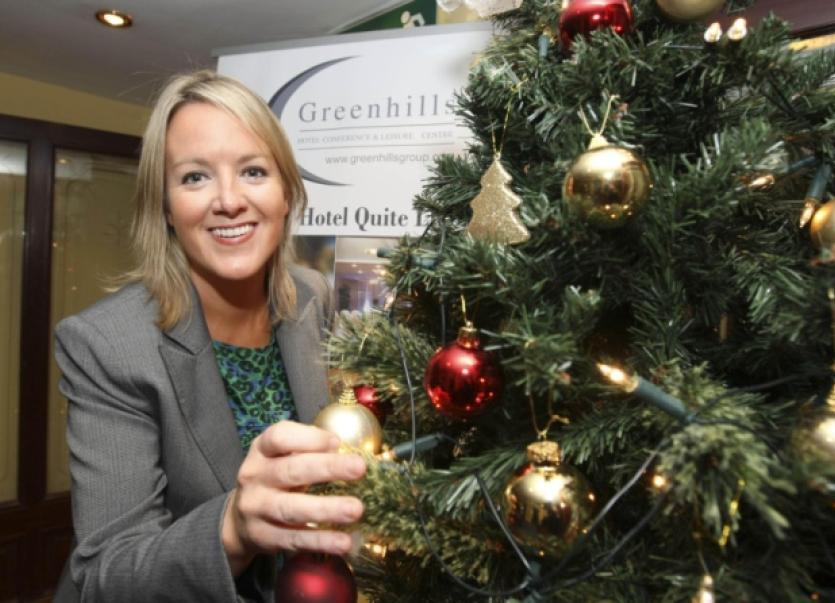 WITH Christmas just around the corner, a fresh buoyancy seems to have returned to Limerick’s hotel sector, with many reporting only limited availability over the festive period.

WITH Christmas just around the corner, a fresh buoyancy seems to have returned to Limerick’s hotel sector, with many reporting only limited availability over the festive period.

Over the last few years, the hospitality industry in particular has had a tough time, with many people cutting out luxuries.

But this year, hotels across the city declared their dinner spaces, party nights, and room availability sold out many weeks before the countdown to the Christmas season really gets under way.

Strand Hotel general manager Sean Lally said their restaurant has been sold out for Christmas Day for the last three weeks.

“In the past, Christmas Day would have always filled out in advance, but never this early,” he said.

He will join 60 staff working in the O’Callaghan Strand hotel on Christmas Day, and he is also expecting the place to be busier than previous years in the run-up.

“People would have been tightening their belts over the last couple of years with the downturn in the economy. Whereas now, the belts have been freed. There is more confidence out there. People are not worried about losing their jobs, as there are lots of companies recruiting, and there is more of an upbeat feeling,” he said.

General manager at the Absolute Hotel, Donnacha Hurley revealed his trade has increased by between 15% and 20% over the last year, with only a few spaces remaining for Christmas Day lunch.

Despite the Absolute Hotel’s restaurant having space for many more people, Donnacha says they limit the number of people they serve on Christmas Day to just 130 people.

This, he says, is to ensure there is a more personal service.

“We need to make sure we are commercially viable. But it is not just about making money: it is about giving people a really good experience,” he says.

Even throughout the recession, Donnacha says the Absolute Hotel has always been fully booked on Christmas Day.

“We have a couple of individuals, and we look after them especially on that day, as they do not want to be at home then.

“We need to make money as a business, but it is not about the money for these people. It is about really making a difference to someone’s life. It makes you feel warmer inside,” he explains.

“I think for those people who do not want to cook, or who have a small family, or no family at all, there is a significant importance attached to going out and being in the company of others.”

For people who are housebound or unable to cook, the Greenhills Hotel at the Ennis Road goes one step further.

Last year, staff in the hotel prepared 100 ‘take-away’ dinners, which they make available for collection on Christmas Eve.

“We do a nice package: a starter, main course and all the trimmings. Plus we do dessert with a little cracker. People can call, pre-order and collect it on Christmas Eve. It is not geared to mum, dad and five kids, but it is geared towards the elderly and, maybe people who are incapacitated.”

As for trade elsewhere, Daphne said: “We are up on last year, which is a really good sign. There is a sense of positivity. Things are turning: maybe not turning as fast as Dublin or Cork I would imagine, but it is coming around slowly and every bit of gain on the right side is good.”