€219m to be splashed on major new Limerick projects 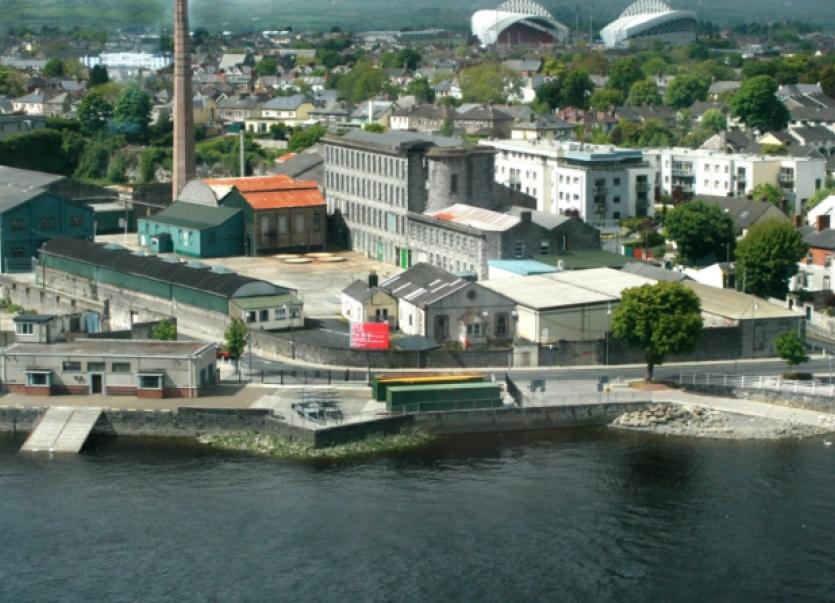 MILLIONS of euro are to be spent on major projects set to bring hundreds of jobs to Limerick over the next three years.

The draft budget presented to councillors shows that around €219m is to be spent between 2016 and 2019 on a variety of projects for the city centre and its surrounds.

These will be funded through a €32m loan taken out by the local authority, and government grants - among other sources.

The proposals will see key projects like the Opera Centre and the Hanging Gardens completed, and a major transformational plan for the city take a major leap forward.

A new ‘digital learning hub’ could be built inside the former biblical institute behind the Dominican Church at Baker Place, with the council providing €2m through its off-shoot company Innovate Limerick to purchase the building.

Elsewhere, a total of €1m is in place for the fit out of the Troy Studios planned at the old Dell building in Castletroy.

A total of €16m has been set aside for the redevelopment of the Hanging Gardens site in Henry Street, which will become high quality office space. The former Cleeve’s factory, earmarked for a conference centre, is getting €6m under the proposals.

Meanwhile, some €3m has been pledged for the redevelopment of the Opera Centre site, which will, under Limerick 2030, include a new office for the Revenue Commissioners, plus a third-level campus.

In order to ensure students can get to the centre in a short time from Castletroy, €6m is being proposed for a high-quality bus link between the University of Limerick and the Parkway Shopping Centre, with another €1.3m ‘green route’ down the Dublin Road.

The council plans to spend €250,000 buying Arthur’s Quay under a compulsory purchase order to advance its plans to create ‘a front garden for the city’, as envisaged in the Limerick 2030 transformational plan.

A controversial bridge linking Arthur’s Quay to the Treaty Stone will get €16m under the plans - although this will be funded almost entirely by grants, as opposed to local authority funds.

Elsewhere, the redevelopment of the Mungret College site will get €1m. It is this site which will be home to a new secondary school for the city, as revealed earlier this week.

Meanwhile, a new public park in the area – something Finance Minister Michael Noonan has previously said could be the city’s answer to the Phoenix Park – will be given €1.2m, according to the documents.

And €4m has been pledged to the second phase of Mungret Village, with nearby Patrickswell being granted €2m.

Around €15m of the council’s €32m loan will be used to part-pay for some of the projects, with other schemes funded through government grants, philanthropic sources, and levies.

These include an upgrade to the Rathbane golf course, which is being upgraded thanks to €300,000 of levies.

Some €11m has been pledged for the long-awaited flood defences at the King’s Island, while €3m is earmarked for the pedestrianisation of O’Connell Street.

Fianna Fail’s metropolitan district leader, Cllr James Collins, said: “This shows the commitment the councillors have to developing the infrastructure of the city.

“This is the reason we took out the €32m loan, because in the past we have not been able to allocate funds to projects like these.”

LIMERICK City and County Council proposes to finance the following projects over a three-year period, starting in 2016:

- €16.5m for the Coonagh/Knocklasheen Distributor Road

- €3m on the pedestrianisation of O’Connell Street

- €16m for the redevelopment of the Hanging Gardens site

- €11m for the Churchfield site, Southill

- €9m to be spent on social intervention grants

- €6m on transport link between the University of Limerick and Parkway

- €4.15m on the reconstruction of the Tipperary Road

- €3.45m to be spent on demolitions and security as part of Regeneration projects

- €3m on redevelopment of the Opera Site

- €3m to be spent on Regeneration environmental and small capital projects

- €2m to be spent on National Cycle Network

- €2m to be spent on essential bridge repairs

- €2m on flood protection in Foynes, and €470,000 flood relief expenditure in Askeaton

- €1m on the fit out of film studios in Castletroy

- €1m on redevelopment of Mungret College, and €1.2m on Mungret Park

- €1.56m on creation of burial grounds in Abbeyfeale, Murroe, Adare, Kilmallock and Caherconlish

- €600,000 on development and extension works at Mount St Lawrence