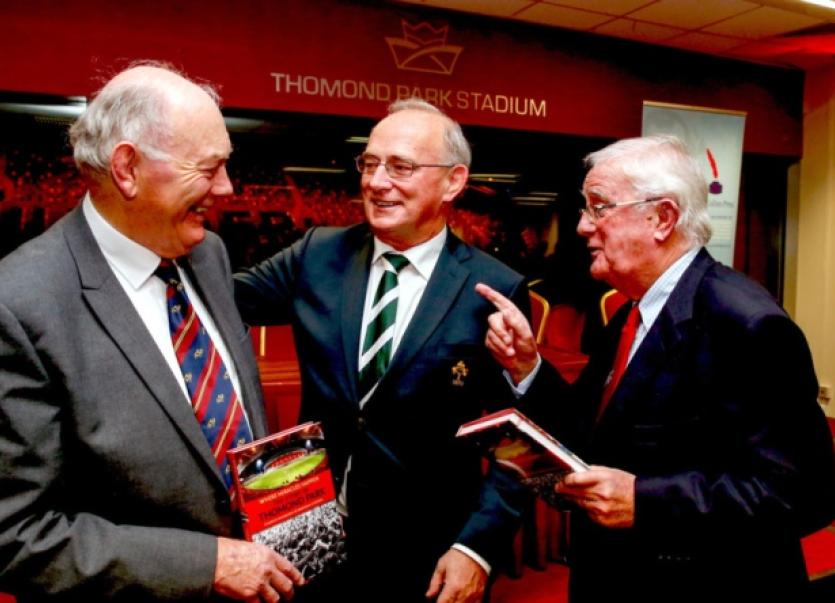 A COMPREHENSIVE new book chronicling the history of Thomond Park has been launched by IRFU president Martin O’Sullivan at the renowned rugby venue in Limerick.

A COMPREHENSIVE new book chronicling the history of Thomond Park has been launched by IRFU president Martin O’Sullivan at the renowned rugby venue in Limerick.

Where Miracles Happen: The Story of Thomond Park, written by Charlie Mulqueen and Brendan O’Dowd, traces the history of the rugby stadium in a colourful and entertaining style right through from the 1930’s to the present times, highlighting great games played and great characters who graced the arena.

Charlie Mulqueen, who attended his first match at the venue as an eight year old when Munster hosted South Africa in 1951, has reported on rugby for the Limerick leader, the Irish Examiner and RTE.

Speaking at last Thursday night’s launch, Brendan O’Dowd said: “When Charlie and I were writing the book, it was a labour of love and we enjoyed writing it as much as we did reading the end result. When you are reading the book you will see the original Thomond Park here and a lot of you who were not alive in those days will not believe what you see.

“We now have a world class stadium here, a magnificent stadium. It is all down to the hard work of Pat Whelan and his committee, Ken Lyons, John Hartery and Garrett Fitzgerald.”

IRFU President Martin O’Sullivan said: “We owe a big debt of gratitude to Brendan and Charlie for coming up with the idea and producing this fantastic record which will in time become an historical tome.”

O’Sullivan said Thomond Park was one of very few, if not the only, non Test rugby grounds where South Africa, Australia and New Zealand had suffered defeat.

“The demand for Heineken Cup tickets in the early 2000s promoted people like Garrett Fitzgerald and Pat Whelan to consider an expansion of the ground. The cost of redeveloping the stadium was low, relative to what other stadiums cost. Great credit to their foresight and ability to get the job done.

“Limerick has probably suffered more than most from the recession. Business people, especially those in the hospitality industry, would tell you that without Thomond Park the hit would have been way worse.”

The book is available in O’Mahony’s Bookshop in Limerick.