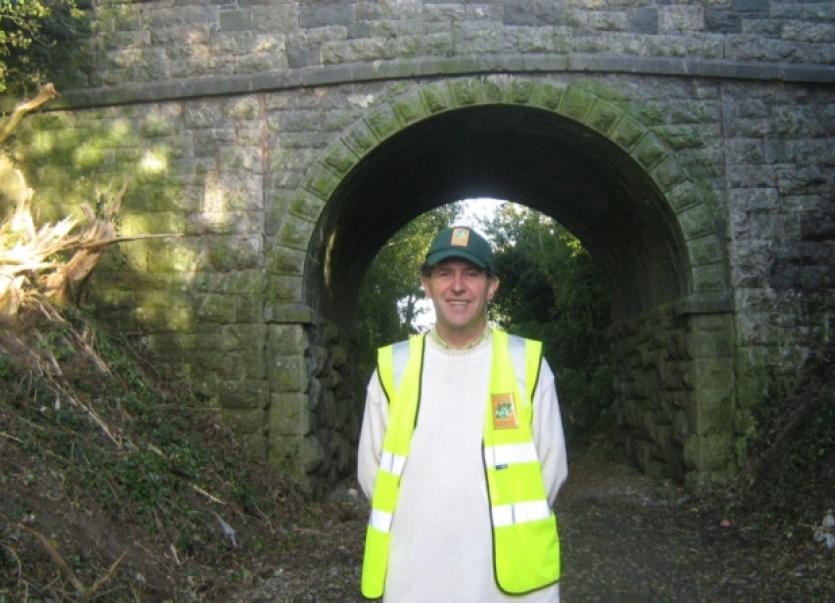 A QUARTER of a century after it was first established, the Great Southern Trail group is preparing to stand aside from its management of the trail.

A QUARTER of a century after it was first established, the Great Southern Trail group is preparing to stand aside from its management of the trail.

But, this hardy group of volunteers, who championed and pioneered the first long-distance greenway in the country, is not slipping away quietly.

On Saturday November 7, an Open House event is being organised to celebrate the group’s 25 years of achievement and a specially edited DVD will tell the saga of the Great Southern Trail and the campaign to transform the old railway line into the 40km walking and cycling trail it is today. The event, however, will also mark the on which the group and the company cease its management of the trail.

And despite the fact that the group has given five months’ notice to Limerick City and County Council that it will stop managing the trail, no clear future for the greenway has yet been mapped out, according to GST group chairman, Liam O’Mahony.

Council executive Pat Daly told the Limerick Leader last month that it was preparing a due diligence report to ensure that there are no legacy issues outstanding. Mr Daly said they would also be looking at the best way the council could develop the trail.

However, when pushed as to what role the council would take, Mr Daly said no commitment could be given until the report is done. And he pointed out that if the council were to take over the greenway, it would have resource implications.

“We want to make sure they can be met,” he said.

However, several weeks on, Mr O’Mahony said they were still waiting to meet whoever was preparing the due diligence report.

There are no outstanding insurance issues, he said. There are also no ownership issues as the land is publicly owned by CIE.

“What you really want is to inspect the track,” Mr O’Mahony said. “If you are taking over a going concern, it would nice to see what you are taking over. As far as I am aware, no high-level official has either walked or cycled that route. It is about time they shook themselves up.”

And he contrasted this laid-back approach to that of Waterford Council where work is proceeding rapidly on developing a 40km trail from Dungarven to Waterford City. He also pointed out that Taoiseach Enda Kenny said there was a great future in greenways when he opened the Mullingar to Athlone section of the Dublin to Galway greenway.

Much has been made about the Wild Atlantic Way, Mr O’Mahony added. And the evidence was that it had fostered tourism along the coastal route.

Yet, he pointed out, the Great Southern Trail formed a section of a walking/cycling equivalent: the Atlantic EuroVelo Route 1, which links the coast of Portugal northwards through France, England and into Ireland.

And Mr O’Mahony believes the significance of that is being overlooked rather than recognised and promoted. In Co Donegal, he said, the council had signposted hundreds of kilometres of minor roads as EuroVelo routes yet nothing had been done in Co Limerick.

He was also critical of the fact that the group’s forward thinking was also being ignored. Currently, he pointed out, a new Limerick to Foynes route is being designed and at the same time a new feasibility study is being undertaken into the re-opening of the Limerick to Foynes.

Mr O’Mahony was also critical of Transport Minister Paschal Donohoe, who has visited Limerick three times in the past year or so but has never visited the Great Southern Trail.

Whether or not, any or all of these issues can be resolved by November 8 remains to be seen. However, on November 7, starting at 1pm, Mayor Liam Galvin will launch the Great Southern Trail Group’s last DVD, detailing their 25 year campaign and work at the Desmond Complex Newcastle West.

Then at 3pm, the five-kilometre walk to Ardagh will begin, retracing the steps taken 25 years ago, in May 1990, when the group first walked that stretch of the line, reclaiming it for public use.