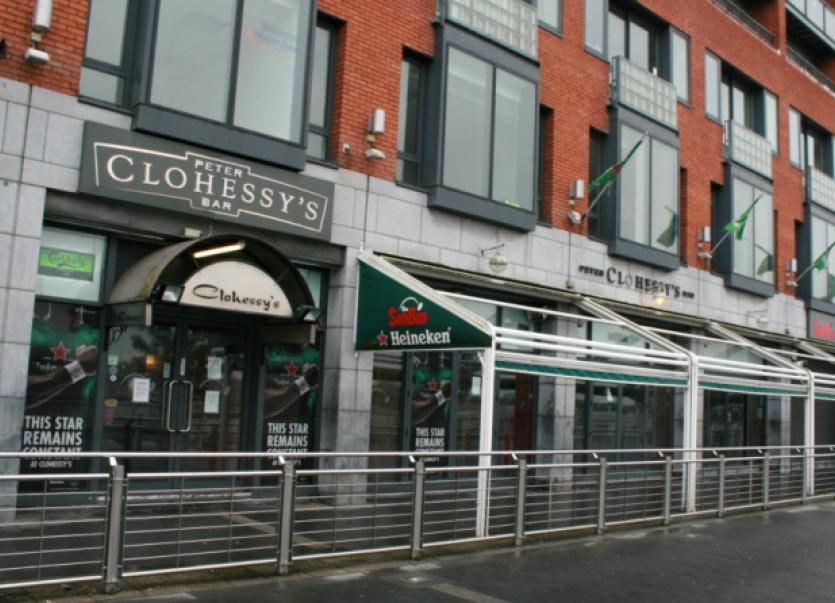 LIMERICK city’s riverfront is set to become home to a new €750,000 ‘superpub’, the Limerick Leader has learned.

LIMERICK city’s riverfront is set to become home to a new €750,000 ‘superpub’, the Limerick Leader has learned.

The former Clohessy’s Bar and Sin Bin Nightclub at Howley’s Quay are to be completely refurbished to allow for the location of a Limerick branch of the high-end House nightspot, located on Leeson Street in Dublin.

House is owned by businessman Alan Clancy, who also operates 37 Dawson Street in the capital.

Industry sources have confirmed at least €750,000 is to be invested in the former Clohessy’s Pub, which closed 12 months ago.

Sources have also indicated between 45 and 50 permanent jobs will be created in the move, which was hailed as a “fierce vote of confidence in Limerick” by metropolitan mayor and publican Cllr Jerry O’Dea.

Nigel Dugdale, of the Limerick City Business Association, believes House opening in Limerick is “the catalyst to start more investment from a hospitality and entertainment perspective on the riverfront”.

The branch of House in Dublin contains a cinema, plus a townhouse hotel.

Although it is likely that the Limerick operation will be restricted to just a bar, the scale of refurbishment taking place is such that it will not open until the New Year.

Receiver Shane McCarthy of KPMG last week successfully applied for the revival of the liquor licence in place at the former Clohessy’s Bar.

And it was also confirmed that Yellow Way Ltd, a company controlled by Mr Clancy and trading as House Limerick, is seeking planning permission from the local authority to develop at Howley’s Quay.

“There will be a full refit of the venue. It will not just be a case of reopening it the way it was before,” an industry source added.

Councillor O’Dea - also a former Vintners Federation of Ireland local representative - added: “As somebody who has been involved in the pub business for a long time, and seen it go through difficult times over the last number of years, it is refreshing and a nice vote of confidence to see someone willing to invest in the city in a large pub operation.

“Publicans in Limerick will be only delighted to se people investing to make it a better place,” he added.

Sean Lally, who manages the Strand Hotel - located opposite where the proposed venue will re-open said: “It is a high end business with very experienced operators. I think the addition of House will open us up to a new market, I am really looking forward to working closely with the operators.”

Mr Dugdale added the introduction of House into the Limerick market sends out a strong signal as to the direction the city is heading.

“Over the last couple of months, we have seen major investments from the likes of Uber, Regeneron, Meco, and we have also had the likes of Viagogo coming,” he said.

Mr Clancy did not wish to comment when contacted by the Limerick Leader. He stated he would first need to have further talks with the landlord of the riverfront building.