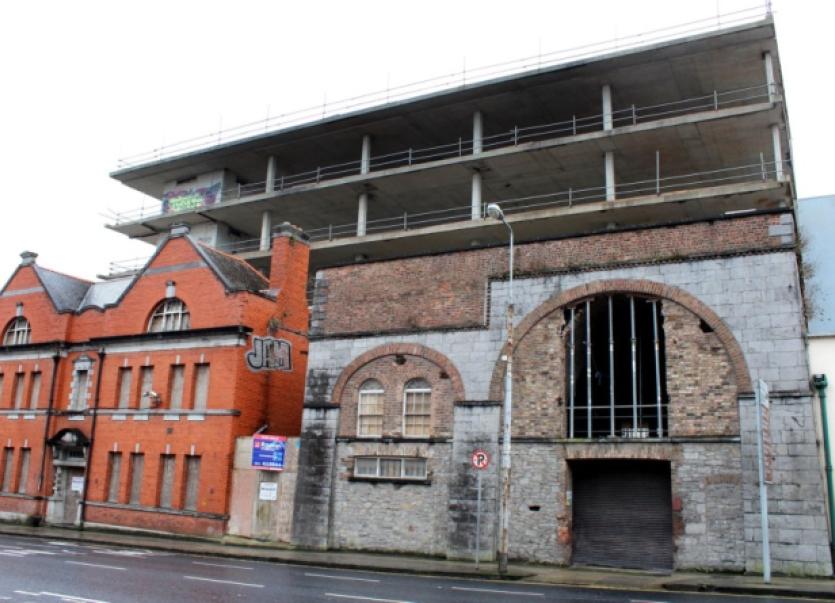 ANOTHER big multi-national firm is to be lined up for the Hanging Gardens site in Henry Street with the promise of hundreds of new jobs.

ANOTHER big multi-national firm is to be lined up for the Hanging Gardens site in Henry Street with the promise of hundreds of new jobs.

It is understood the IDA is to be tasked with filling the site when, it is complete, by 2017.

A tender is currently being advertised to appoint a design team on the site, and councillors will be asked to approve a ‘part eight’ planning application on the site, which has lain idle for more than a decade.

The Mid-West Action plan for jobs outlined plans for the local authority and the private sector to collaborate and “accellerate” the “iconic” site offering space for both multi-national firms and indigenous clients by 2017.

There will also be retail built on the ground floor.

Originally owned by developer Robert Butler, the Hanging Gardens site was once intended to be a mixed use retail and commercial development, with office space.

But after these plans fell asunder due to the recession, Limerick City and County Council bought the property to develop as office space, in a move which Finance Minister Michael Noonan said recently he hopes will see the creation of upwards of 250 roles.

Gordon Kearney of Rooney’s Auctioneers, who completed the sale of the Hanging Gardens to the local authority, said the city is “crying out” for more office space.

“After the success of our letting to Uber, we are starting to run short on large footprints of office space,” he explained.

“As we get more demand for office supply, we have to focus on creating these jobs in the city centre to help balance it with jobs in the suburbs,” he added.

The IDA being tasked with filling the site would be significant, given the agency’s recent success in attracting Uber - and 300 jobs - to the city centre, plus a number of multi-nationals in the suburbs.

Speaking to the Limerick Leader in July, Michael Noonan said there was “an awful lot of confidence” that the Hanging Gardens site at Henry Street could employ 250 people once it is redeveloped and completed.

“The council, I understand, would expect there would be a contractor on site either in December or January, and once that is developed, it will be office accommodation for modern industry,” he said.

“There are at least three industries that have expressed interest. Nothing is finalised, but there is an awful lot of confidence that it will be the location for another 250 jobs or so when it is fully developed,” he said at the time.