UL graduate Cathal is a runner-up in world Dyson awards 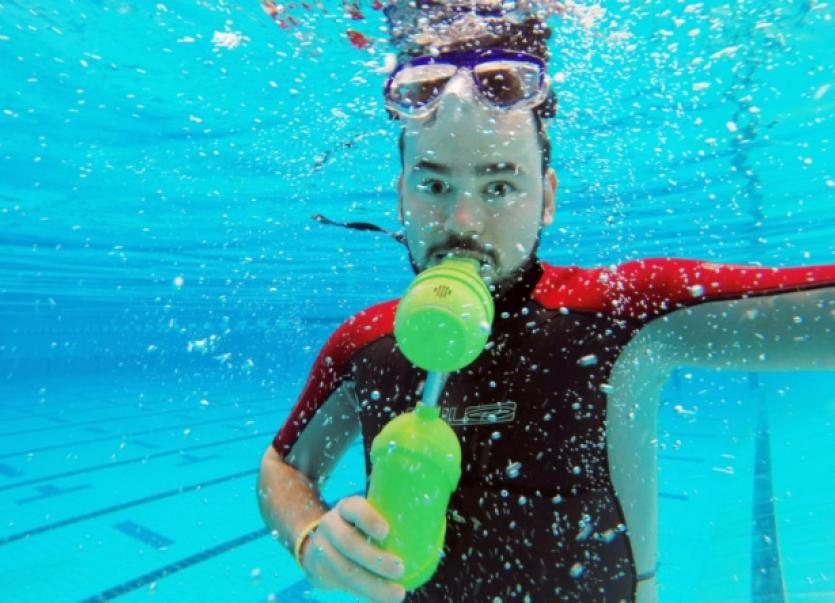 The product design and technology graduate won the Irish version of the award in September and was one of just two Irish students to reach the international final. In receiving a joint runner-up award in the prestigious competition, he becomes the first Irish student in the 11- year history of the Dyson awards to win an international prize.

Cathal, from Wexford, has been given a further €7,000 to go with the €2,500 he won in September and will use the funds to develop the product, which is in essence a handheld device that allows divers to breathe underwater for up to two minutes.

Cathal said he was “absolutely thrilled” with the runner-up prize, beating off the competition of over 700 entrants from 20 countries worldwide. The overall prize was won by a team of Canadian students from the University of Waterloo.

“The support I’ve received over these past months since I was shortlisted has been phenomenal, and I just want to thank everybody who has helped get me here, I couldn’t have done it without them,” said 26 year old Cathal, who graduated from UL in August.

“Since winning the Irish leg of the award and talking to different people, I’ve seen there is a huge appetite for Express Dive - I’m going to spend the money developing the safety testing and getting it ready to sell.”

Muireann McMahon, course director of UL’s product design and technology, said it was “a very proud moment for the University of Limerick and for our graduates”.

“We have had great recognition over the years through the James Dyson award, with a total of seven of our students to date either winning the Irish leg of the award or making the international shortlist, but this is the first time one of our students or any Irish student has won an international prize in the award,” she said.

“We are thrilled for Cathal. It is so important to see him get recognition for his innovation, creativity and extremely hard work. This is great for Ireland and opportune timing it being the Irish year of Design,” she added.