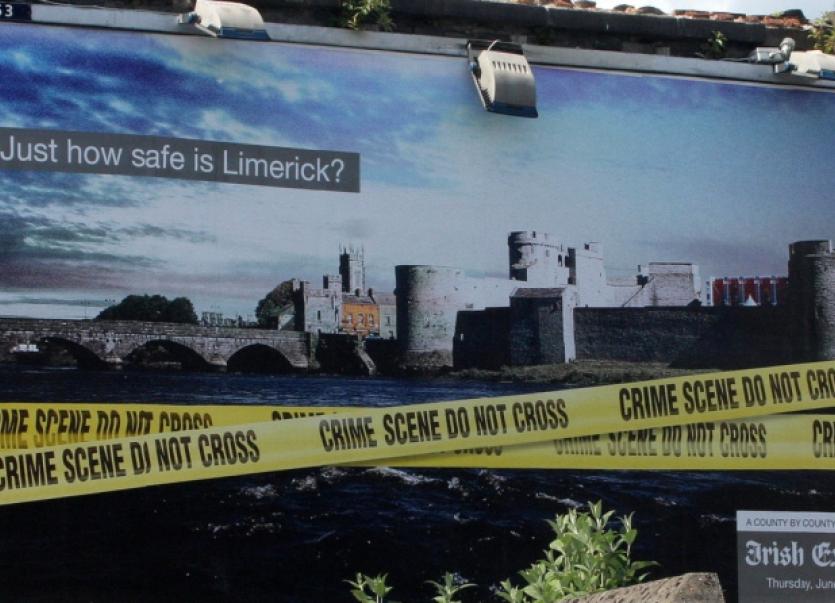 THE Advertising Standards Authority for Ireland has dismissed complaints that an Irish Examiner billboard campaign was “offensive and misleading”.

THE Advertising Standards Authority for Ireland has dismissed complaints that an Irish Examiner billboard campaign was “offensive and misleading”.

The billboard, which showed a picture of King John’s Castle with yellow ‘crime scene’ tape in front of it, provoked fury in the city in June.

Complaints to the ASAI that the billboard campaign was “perpetuating a stereotype of Limerick and its citizens which was inaccurate and misleading” were not upheld.

The Limerick Communications Office in particular complained that the billboard campaign, which ran across Munster and sought to highlight crime levels and statistics, was “irresponsible, ill-conceived and offensive”.

Kelly Moran of Limerick Communications Office said of the ad campaign; “It was disappointing it happened in the first place but our main focus is promoting the many positive features Limerick has to offer.”

In its decision, the ASAI said it “considered the detail of the complaints and the advertisers’ response”.

While they “understood the concerns expressed by the complainants from Limerick” they did not consider that the content of the posters could cause “grave or widespread offence.

Mayor of Limerick Cllr Kathleen Leddin said the “entire episode has turned out to be nothing more than a publicity coup for the Irish Examiner at the expense of Limerick’s reputation”.

“I believe the newspaper in question was confident it would attract significant public and media attention by placing the offending billboard outside the city’s train station,” she said of the original advertisement, which was torn down by members of the public after it was erected.

“The fact that similar billboards were erected in surrounding counties means little to tourists who disembarked at Colbert Station only to see police tape and references to ‘crime’ covering an image of the iconic King John’s Castle.

“I can think of many less offensive ways that the newspaper could have opted for in promoting their crime supplements and therefore, I am disappointed that management at the paper chose self promotion over the reputation of Limerick.

“Having said that, the Advertising Standards of Ireland has deemed that the billboard did not cause grave or widespread offence. As such, this decision must be respected.”

Management in the newspaper expressed surprise at the reaction to the posters in Limerick at the time, stressing that Limerick was not the sole focus of the crime series and that they had highlighted this in a number of local and national radio interviews.

It added that because of the negative reaction, the poster campaign was halted prematurely and existing posters were covered over.