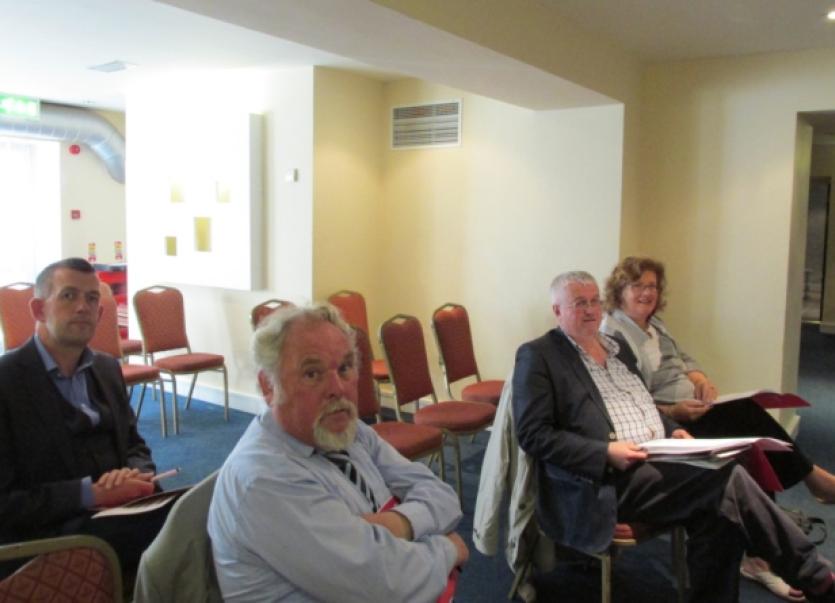 And only one county councillor was present for the meeting, which SIPTU had organised at the Pery Hotel ahead of their pre-budget submission.

Frank McDonald, chairperson of SIPTU’s Limerick District Council has expressed his disappointment at the no show.

And out of the 28 county councillors, only Labour’s Tomas Hannon, from Raheen turned up.

Mr McDonnell has vowed to ensure all Limerick’s SIPTU members are aware of which councillors attended the meeting. “We invited all city councillors to attend and we appreciate the attendance of the six that did turn up. While we accept the apologies given by Cllrs Hourigan and Shortt we are hugely disappointed that 10 other councillors never bothered to even reply to our invitations,” Mr McDonnell said.

He said rather than explain their nonattendance to SIPTU’s Limerick council, they can explain to members when they knock-on doors during next summer’s election campaign.

At the meeting, there was a presentation on the Irish Congress of Trade Union’s “credible, costed alternative” for the government’s budget.

“This would meet Troika targets without further cuts to the vulnerable or additional taxes and charges for low and middle income earners,” he added.

Their proposals include the Government making a fiscal consolidation of €2 billion, which is smaller than is currently proposed, an investment stimulus of €4.5 billion over the next two years - financed in a manner that limits the cost to the taxpayer – and targeted tax increases for the highest earners, including a greater contribution from corporate sector.

Independent councillor Gilligan said he was disappointed more members did not attend the briefing.

He said: “Here is SIPTU, which is a very reputable organisation, coming up with a budget which would tick all the boxes without making huge cutbacks. At least they were offering an alternative, and I am very pleased they are pro-active about it. If councillors are not going to take a lead on this, it means we will go to council meetings as public representatives with no alternative view of what can happen, and I think that’s very disappointing.” SIPTU also met with Limerick’s TDs, apart from Finance Minister Michael Noonan.