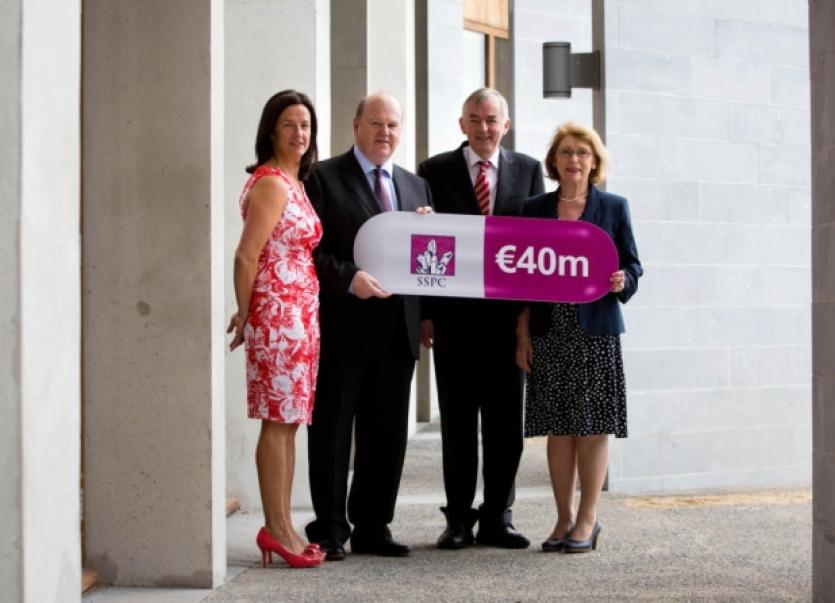 LIMERICK and UL got a huge boost this week with confirmation that the Plassey campus is the main location for a €40 million euro pharmaceutical research centre.

LIMERICK and UL got a huge boost this week with confirmation that the Plassey campus is the main location for a €40 million euro pharmaceutical research centre.

A total of €40 million will be invested by Government and industry, which will see many of the world’s pharmaceutical giants collaborate for the first time ever.

The Synthesis and Solid State Pharmaceutical Centre will conduct research into how drugs are manufactured and will support 90 highly skilled jobs over the next six years.

SSPC research is of major relevance to the Pharmaceutical industry in Ireland which employs 60,000 people with exports of €50 billion annually.

A further investment of €10 million will be sought from industry partners.

The SSPC is dedicated to supporting the pharmaceutical industry in Ireland which is responsible for over 60,000 Irish jobs and exports over €50 billion annually.

Minister for Finance, Michael Noonan said: “The pharmaceutical sector is one of the largest and most successful industries in Ireland responsible for over €50billion in exports annually. The continued commitment by this government to supporting world-class research, like that undertaken at SSPC, will drive growth and bring stability to Ireland’s economy.”

He continued: “Funding science at this level positions Ireland at the forefront of research and development at an international level but also brings benefits back to the local economy. The SSPC will strengthen the position of the University of Limerick as a leader in the area of pharmaceutical manufacturing and will attract the world’s best and brightest research talent to this great city and county.”