Fears for Ulster Bank branches in Limerick as cuts sought 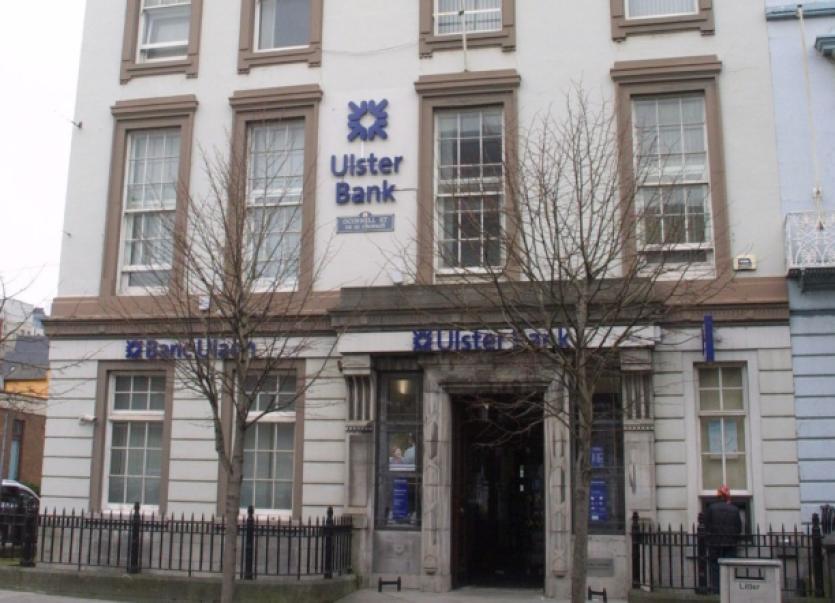 THERE are fears for the future of several branches of Ulster Bank in Limerick, after the lender announced plans to close up to 40 branches nationally.

THERE are fears for the future of several branches of Ulster Bank in Limerick, after the lender announced plans to close up to 40 branches nationally.

Ulster Bank, which is part owned by the British government through its parent company Royal Bank of Scotland, has also announced proposals to cut 1,800 jobs on a national basis.

There are six Ulster Bank branches across the county, employing more than 150 people.

Under the new plans, rural branches could close, which could put the outlets in Croom and Newcastle West in danger of the chop.

There are also branches of Ulster Bank in O’Connell Street, Castletroy, Dooradoyle and at the University of Limerick.

If the Ulster Bank branch in Croom were to close, it would be a major blow for the village, which saw its AIB branch close earlier this year.

Croom county councillor Patrick C Fitzgerald says everyone in the village is keeping their fingers crossed that it remains open.

“In terms of commercial life, the status of a town comes from its bank. It has a commercial status. It brings business to the town, and there is money spent. It has an add-on effect to spend in the shops. It brings footfall,” he said.

Ulster Bank in Croom opened some 40 years ago, he added.

Seamas Sheils, Irish Bank Officials Association (IBOA) said that because Ulster Bank had only recently finished laying 3,000 people off, the union will not be co-operating with any redundancies.

He criticised the bank for not responding sooner to the news of closures, which emerged from an investors meeting in Scotland on Tuesday.

“It was seven hours before they started to address the confusion and misunderstanding that had arose. By that stage, Ulster Bank staff and customers around the country had become extremely anxious at some of the numbers talked about in terms of closures and potential job losses,” he said.

He said that customers in some of the “most technologically underresourced” rural areas should be given the option to be able to bank face-to-face, instead of feeling compelled to use technology.

A spokesperson for Ulster Bank said the location of any proposed branch closures has yet to be confirmed. It hopes the redundancies can be reached through “natural attrition.”