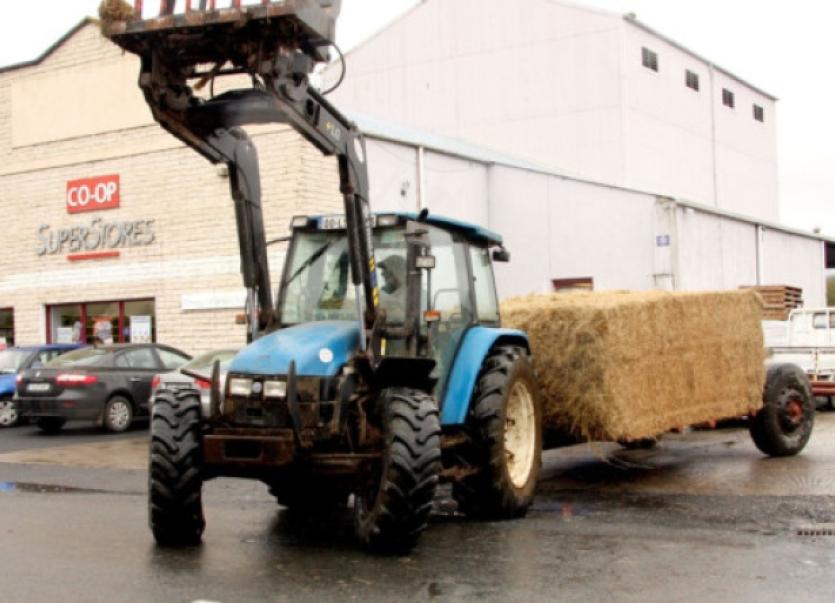 As THE fodder crisis deepens every day some Limerick farmers have been unable to see a way out and have taken their own lives.

As THE fodder crisis deepens every day some Limerick farmers have been unable to see a way out and have taken their own lives.

Due to the bad summer in 2012, the quality and quantity of fodder made was far less than normal. Grass growth this year has been very slow due to the cold spring. The combination of both has left farmers in the “worst position ever” say the IFA.

Livestock should be out in fields weeks ago but instead farmers are under crippling financial pressure to try and feed them in sheds with expensive bought-in feed.

Cattle are dying and, tragically, some farmers are too.

The Limerick Leader has learned that a driver delivering animal feed out of Limerick has come across two suicides on farms in recent weeks.

“One of the lads was out the county and went looking for the customer and found him hanging in a shed,” said one source at the suppliers who are working night and day to meet the huge demand.

“We can’t say for sure if the man took his own life because of the crisis. But we do know from talking to farmers that there’s an awful lot of them under huge financial and other pressure who are trying to hang on and get through this,” he said.

This account tallies with what Limerick IFA and ICMSA are hearing from their members.

It has got so bad that there were queues for English hay imported by Dairygold at their store in Cappamore on Monday morning.

Michael Lenihan, chairman of Limerick ICMSA, said they are aware of suicides in Limerick and surrounding counties.

“Don’t be walking around for a few days on your own listening to your animals bawling in hunger and letting it get on top of you. If you are out of feed or cash contact your local ICMSA, IFA, Teagasc, DVO, neighbour, bank manager, anybody.

“Nerves are so frayed and frazzled - it’s people’s lives we are talking about and it just keeps getting worse,” said Mr Lenihan, who farms in Anglesboro.

The situation has got so bad that Department of Agriculture vets in Munster have received training from Pieta House, suicide crisis centre, to recognise worrying signs and symptoms.

Eamon English, Limerick IFA vice-chairman, said they are aware of a small number of farmers who have taken the “last resort”.

He says fodder stocks have been totally depleted. He checked a well known website for selling goods on Tuesday and the last entry for hay or silage was 18 days ago.

“Farmers are very low. On top of the lack of and bad silage made last year the real kernel of the problem is the growth rates - there is no replenishing of land for the time of year. “The forecast for the coming weekend is for low temperatures and no growth which is compounding the problem. The way things have deteriorated in the last four to five weeks is unreal,” said Mr English, who stresses that help is out there.

“If you feel like you are hitting a brick wall in this situation, without haste it is vital you confide with someone that can point you in a direction for help. “Be it your neighbour, local merchant, farming rep etc. Unless you get your problem out there nobody can help you,” said Mr English.

He called on farmers to be vigilant for potential hardships cases in their communities.

“It is no harm to knock on the door if you have any concerns. And if you have surplus fodder please contact Limerick IFA on 061 314196,” said Mr English.

Dairygold area sales manager, Sean Ryan, who oversaw the arrival of 20 bales of hay from England in Cappamore on Monday said they could have sold 400.

The Department of Agriculture’s new emergency telephone number for farmers who cannot feed their livestock is 1850 211990.