County Limerick mansion up for auction for €425,000 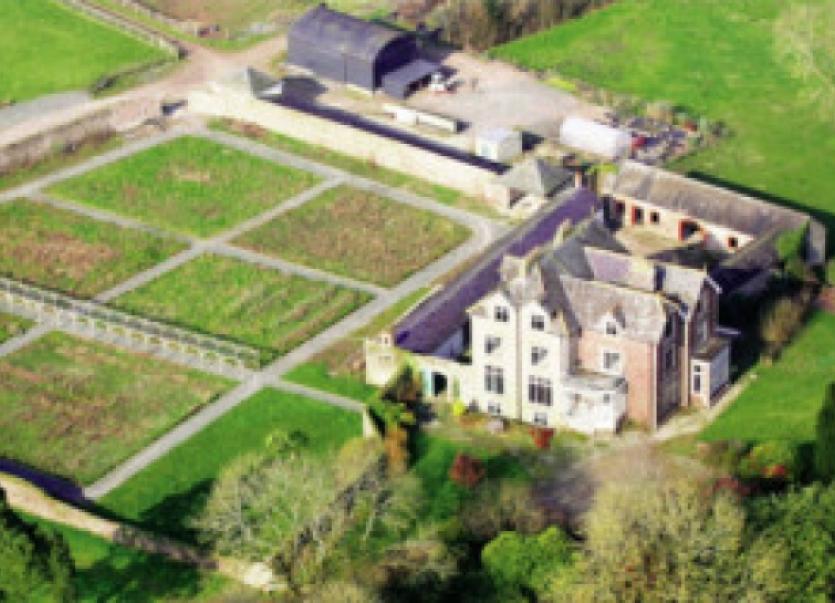 AN EXPANSIVE period house in Murroe, Co Limerick, has been put up for auction in the coming weeks for a reserve price of €425,000.

AN EXPANSIVE period house in Murroe, Co Limerick, has been put up for auction in the coming weeks for a reserve price of €425,000.

Set on 51 acres, Ashroe House, which has six bedrooms and four bathrooms, was earlier listed for sale for €650,000.

While it has been reduced in price by €225,000, it is described as being in need of “complete refurbishment”.

It is among seven Limerick properties up for sale in the next Allsop Space quickfire auction of ‘distressed’ properties around the country.

The auction on Wednesday, May 15 in the Shelbourne hotel in Dublin will include residential houses and apartments and commercial properties and land lots.

In the last auction in March, just five out of 11 Limerick lots sold, in one of the worst records for the county in the history of these auctions.

The Triple Crown pub on Athlunkard Street, once run by current Mayor of Limerick Gerry McLoughlin, has been put up for sale on the instructions of the receiver KPMG, with a reserve of €125,000 for a long leasehold of 999 years.

In addition to the bar, which has a seven day public license, there are three rooms and a kitchen upstairs.

Included among the 126 lots, are two four-bedroom houses in Derrynane, the Old Cork Road. Both properties - number 85, a semi-detached house, and No 86, a mid terrace, have reserves of €55,000. In past auctions houses in this area with reserves of €75,000 failed to sell.

Six four-bedroom “investment” apartments in City Campus, Lord Edward Street, are being sold together for €150,000, on the instructions of the receiver Grant Thornton.

The apartments were formerly the assets of Chieftain Construction, which went into receivership in February 2011. The High Court heard last year that Ger O’Rourke of the Chieftain group has liabilities of more than €100m, but he hoped to get back into construction again.

An industrial unit in the Eastway Business Park, Ballysimon Road, has a reserve of €40,000.

A site in Shanbally, Abbeyfeale, on nearly nine acres has a reserve of €70,000. It includes planning permission for eight detached dwellings and garages.

To date Allsop Space have sold 773 properties across Ireland and raised over €122m, with an average success rate of 93%. The last auction raised €13.7 million alone.