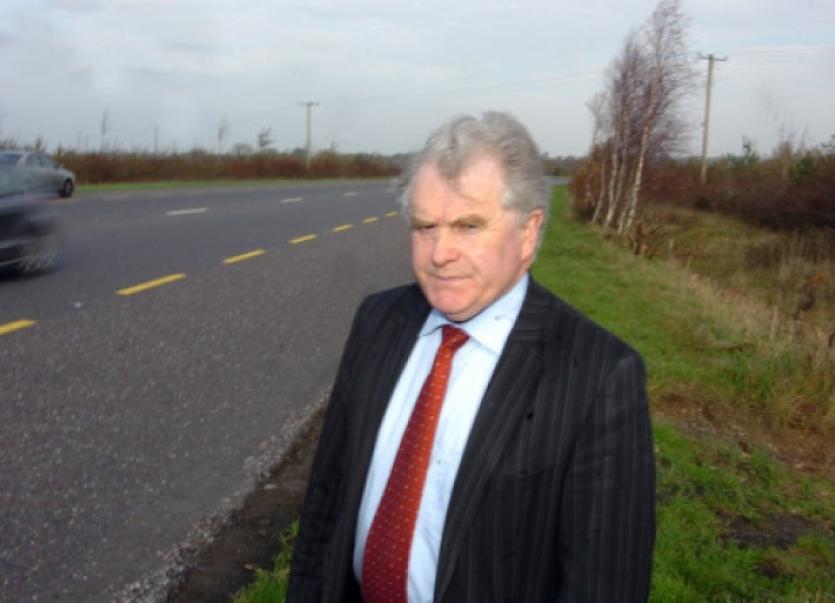 THE NATIONAL Roads Authority (NRA) “has not been of any particular assistance” to date in attempts to break the impasse over the proposed Adare bypass, Limerick County Council has said.

THE NATIONAL Roads Authority (NRA) “has not been of any particular assistance” to date in attempts to break the impasse over the proposed Adare bypass, Limerick County Council has said.

The long-running and divisive issue of a bypass around the West Limerick village, a notorious traffic black spot, was raised again at a meeting of Limerick County Council.

Cllr Patrick C Fitzgerald called on the original northern route for the bypass, which was first chosen in 2005 before being abandoned for a southern route, to be reinstated as the preferred direction for the project.

However, council secretary Eugene Griffin told the meeting that while the council believes that the bypass “must be reactivated as soon as possible”, the local authority “is not in a position to unilaterally re-instate the northern route”.

The Adare bypass has been in a state of limbo since last October, when the plan was rejected by An Bord Pleanala after a public hearing.

The project had been changed from a northern to a southern route in 2009, in order to link in with the now-defunct Cork to Limerick motorway.

Mr Griffin said that “following the decision of An Bord Pleanála to refuse to sanction the southern route late last year, Limerick County Council sought clarification and a meeting with An Bord Pleanála.

“Unfortunately, the replies received from An Bord Pleanála have not been of any particular assistance in guiding the local authority as how to proceed.

Any proposed route for a bypass of Adare can only emerge following a study of all available options in accordance with National Roads Authority’s project management guidelines.

“The council is now firmly of the opinion that the scheme must be reactivated as soon as possible, commencing with route selection and advancing again through statutory procedures with a view to submitting a revised application to the board.

“Such an approach will bring clarity to the situation at the earliest possible date,” Mr Griffin added.

Cllr Fitzgerald stressed that “it’s important that we are not waiting another eight or nine years for something to happen”.

Cllr Fitzgerald added that planning restrictions still in place in the area, which are tied to the shelved bypass project, should be lifted.