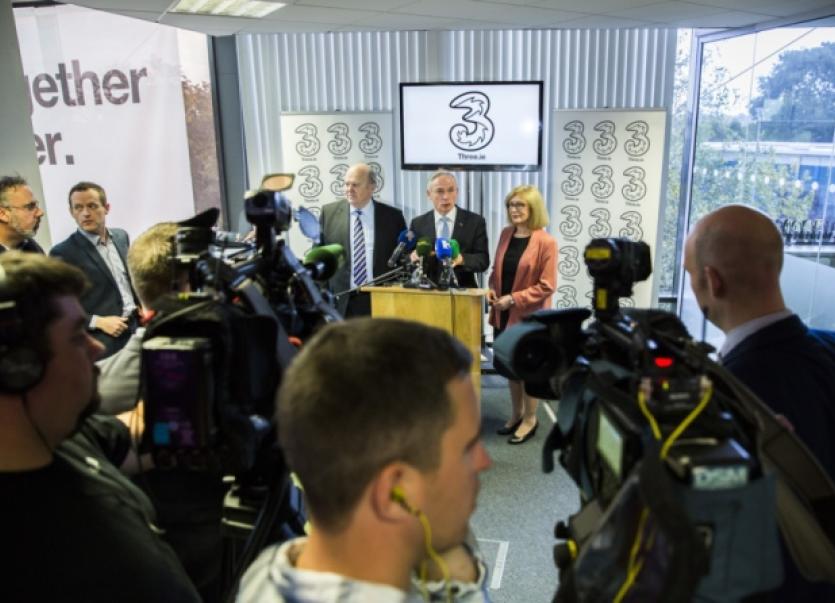 IT was a super Monday for jobs in Limerick, with three separate announcements totalling almost 180 new positions.

IT was a super Monday for jobs in Limerick, with three separate announcements totalling almost 180 new positions.

Telecommunications provider Three Ireland was first out of the blocks, confirming it had filled 100 new roles at its call-centre in Plassey, having migrated the jobs from Mumbai in India.

Then Meco, a manufacturer of water purification products announced it would set up its European centre nearby, with the creation of 44 new jobs.

And Toys R Us confirmed it would open its new store at the Parkway Retail Park this Saturday in a move which will create 35 new roles.

Speaking in the Savoy Hotel – where Meco’s jobs were revealed – Mr Bruton said: “Limerick and the Mid-West in general is on the march. There is a real sense of progress here. I think you have aligned your various resources to the challenges. The policies put in place here are ones we can build on.”

While Three has taken on call-centre operatives, Meco is seeking mechanical and electrical engineers.

“We want people who like a challenge, are willing to travel and have a strong work ethic,” company president George Gsell said.

“But also, the immediate need is for people with skills in the area of ‘programmable logic controls’. We are also hiring designers and draftsmen.”

The boss of Meco – which is based in Houston, Texas – said that Limerick beat a number of other locations across Europe to these jobs.

One of the reasons for this, Mr Gsell said, was the city’s proximity to Shannon Airport, and its five hour connection to Newark.

“We felt we could not beat the people in this great city. We saw the talent pool in UL and LIT which we could draw from, and we thought: Why would we go anywhere else?” he said.

Asked if he envisaged further jobs in future, he added: “Yes we do. But we are a very conservative company, so we do not want to overstate things. But I think we can look forward to more.”

Finance Minister Michael Noonan said of Meco: “You complement the industries we have here already, and you fulfil another objective. You encourage some of our young people to come back from abroad and work at home.”

Meanwhile, Ashley Cooke, the customer relations boss of Three said the jobs were moving to Limerick as a result of customer feedback, and the Plassey call centre will handle upwards of 2.9m calls annually following the move.

Elsewhere, Mayor Liam Galvin will cut the ribbon at a special family fun day at the new branch of American toy retailer Toys R Us on Saturday.

The event takes place through the day, where there will be face-painting and balloon modelling.

“We’ve been looking for the right store in Limerick for some time so we are delighted to now be here,” said Toys R Us’s Limerick boss Jawad Akhtar of the Parkway Retail Park location.