Adare to Survive to continue with ‘radical plan’ for next year 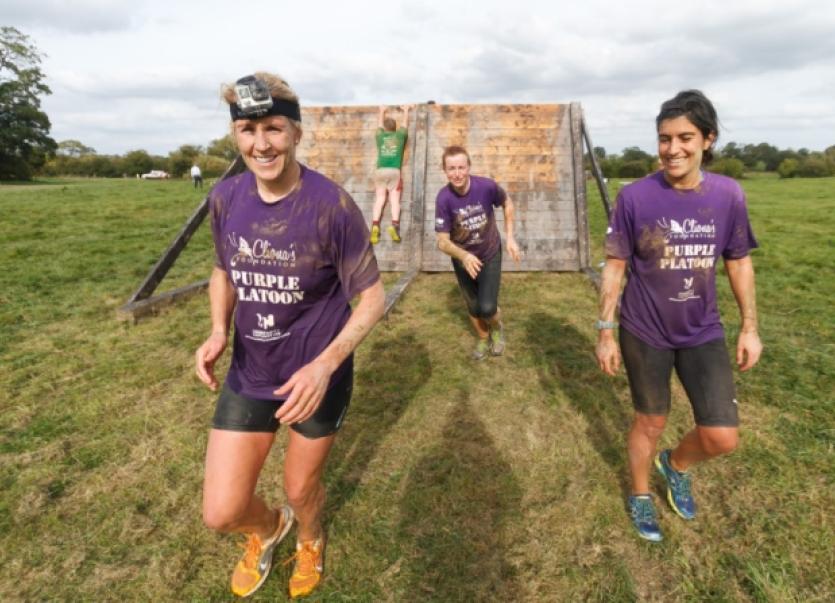 CLOSE to 1,500 hardy souls endured electric shocks and pits of mud but emerged smiling after the third annual Adare to Survive challenge.

CLOSE to 1,500 hardy souls endured electric shocks and pits of mud but emerged smiling after the third annual Adare to Survive challenge.

This year saw a slight increase in the numbers taking part in the 7.5km military style assault challenge in the grounds of Clonshire equestrian centre on Sunday last.

Organiser Ray Nash from Kilcornan enthused that inspite of the 40-odd obstacles on site, the event was “incident free” and the medics on standby weren’t required.

“It was another brilliant event, and we’re really looking forward to next year already. We’re planning to radically adjust it for next year, to keep people coming back and keep them interested,” he told the Limerick Leader.

This year’s race was again in aid of Cliona’s Foundation, a charity for critically ill children, which receives some proceeds from the race. Their supporters donned purple t-shirts as part of the ‘Purple Platoon’ for the charity, and included Brendan and Terry Ring, the founders of the charity, which is in memory of their daughter Cliona, who passed away.

Independent councillor, barrister and general election hopeful Emmett O’Brien also enjoyed the event, as did rugby star Joy Neville and her wife Simona Coppola. “Money is still coming in from donations and sponsorship cards but it’s hoped enough money will be raised to help a number of families currently on the waiting list to receive funds,” said a spokesperson for Cliona’s Foundation.

Richie Clifford, fitness instructor with the UL Arena, put the teams and individual participants through their paces during the warm-up.