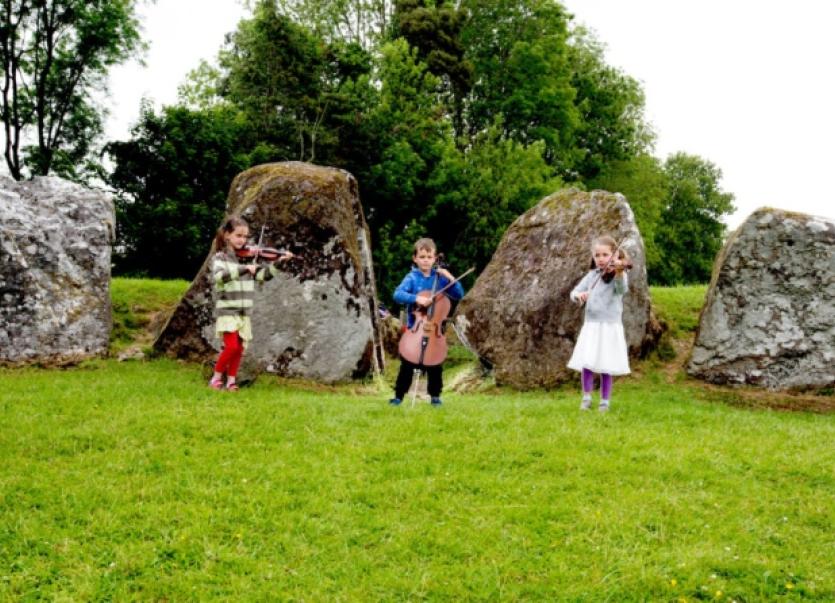 BALLYHOURA Failte has said it is “delighted” that the area will be featured on Ireland’s Ancient East tourist trail.

BALLYHOURA Failte has said it is “delighted” that the area will be featured on Ireland’s Ancient East tourist trail.

As revealed by the Limerick Leader last week, sites like Lough Gur, the Grange Stone Circle, the Ballyhoura Cycling Trails and the Kilmallock Dominican Friary will all be included in Failte Ireland’s latest tourism trail.

The tourist body hopes the new route, which focuses on 5,000 years of history, will emulate the success of the Wild Atlantic Way.

A spokesperson for Ballyhoura Fáilte said the inclusion marks the end of three years of hard work.

“Ireland’s Ancient East is geared to maximise the history and heritage in the region and bring it to greater international audience. To do this, the new initiative will offer visitors a personal experience of 5,000 years of history through a relaxing journey of discovery in the beautiful landscape that attracted warring settlers for millennia and illuminated by stories from the best storytellers in the world – the local people,” the spokesperson said.

On top of the attractions already mentioned, a number of other sites will be included on the trail, for example the De Valera Museum at Bruree, the Medieval town of Kilmallock, Bruff and its associated heritage and Cush Earthworks at Kilfinane.

Fáilte Ireland’s research has suggested that the Ancient East initiative has the potential to deliver an extra 600,000 overseas visitors to the country, increasing visitor revenue by almost 25% to €950m in total by 2020.

With the great amount of history and heritage in such a relatively compact area, ‘Ireland’s Ancient East’ is a great opportunity to boost tourism.

“This will result in a fantastic economic boost to Limerick region,” the spokesperson added.

Head of Ireland’s Ancient East Jenny de Saulles confirmed: “We are happy to confirm that we will include areas of Limerick and Cork East in the ‘Ireland Ancient East’ project. In this way, we can include the product within the Ballyhoura territory that meets the brand criteria, in particular the key heritage and cultural assets that deliver 5,000 years of history in a lush green landscape with storytelling at their heart.”

Speaking last week, Carmel Fox, the chief executive of Ballyhoura Development said: “It’s wonderful news. A key element which has given us a good foundation in this area is that we already have 42 tour guides trained. There is a good people infrastructure’, as well as our 5,000-plus years of heritage.”