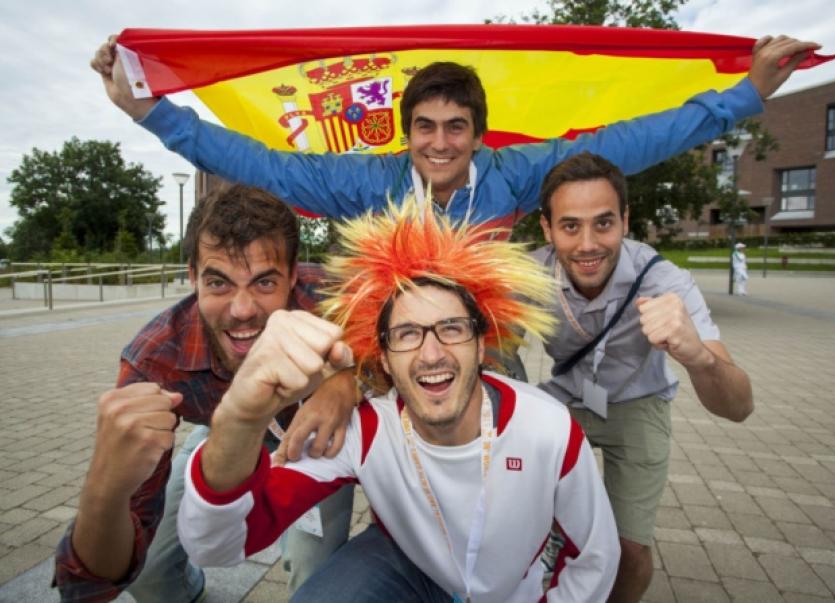 TWENTY years after they were first staged here, the 36th annual World Medical and Health Games have returned to the University of Limerick.

TWENTY years after they were first staged here, the 36th annual World Medical and Health Games have returned to the University of Limerick.

Launched on Saturday night last, the games will run in Castletroy until this Saturday and has attracted participants from across the world.

Some 1,500 people are attending from Europe, Canada, the US, Morocco and Japan - bringing together sports enthusiasts from a variety of medical professions worldwide.

The event will include over 20 sports including a triathlon, half marathon, a 100km road cycle race, as well as golf, tennis, swimming and volleyball. Running alongside the sporting activities, UL’s Graduate Medical School are hosting a two day international symposium on the importance of sport for health.

Limerick’s successful bid to host the event was the result of a collaborative partnership between University of Limerick, Failte Ireland, Shannon Convention Bureau, and other key stakeholders including Shannon Airport, Limerick City and County Council. The bid saw off stiff competition from other overseas destinations.

Fáilte Ireland is supporting this event as part of its ongoing work to promote Ireland as an ideal destination for hosting international sporting events. Sports tourism is a growing area which has the potential to deliver significant overseas visitors and sizeable economic impact for Ireland.

Miriam Kennedy, of Fáilte Ireland, said; “events such as this are invaluable as they provide a boost to the region and provide an excellent opportunity to showcase Ireland’s huge appeal as both an event and holiday destination as well as a great venue for sports”.

Minister for Education and Skills Jan O’Sullivan said;“it is particularly appropriate that the university should host an event which links medicine, health and sport given its prominent role in the development of medical, health and sport education and research.” The chief executive of the games, Pierre Lusinchi, said he is “hugely impressed” by the facilities in Limerick.