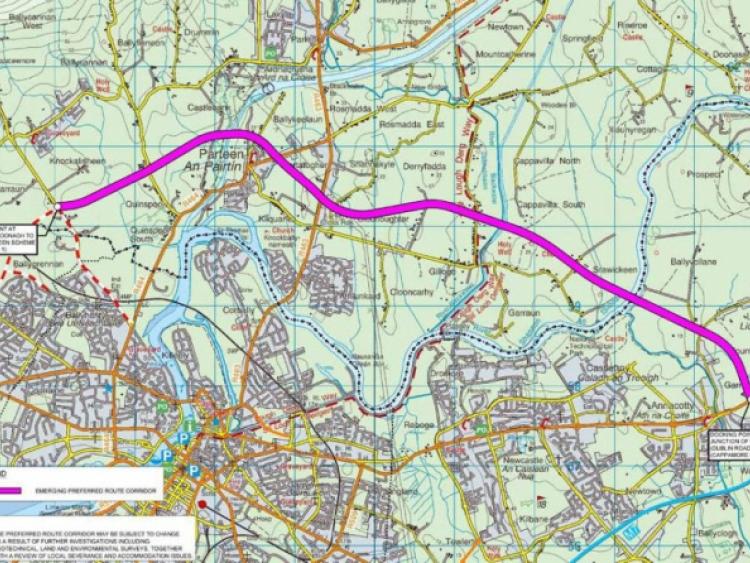 A RARE species of bee has now been discovered in a habitat along the preferred route for the Limerick Northern Distributor Road, a local councillor revealed this Tuesday, just hours after Limerick City and County Council voted to defer a vote on the matter.

A RARE species of bee has now been discovered in a habitat along the preferred route for the Limerick Northern Distributor Road, a local councillor revealed this Tuesday, just hours after Limerick City and County Council voted to defer a vote on the matter.

But whether this will influence the choice of route on the route corridor for phase 2 of the road - extending from Knockalisheen, crossing the Shannon, Blackwater and Tailrace as it winds through Parteen and Clonlara before linking up with the old Dublin Road - remains to be seen.

Earlier Cllr Shane Clifford had called for the deferment, arguing that councillors needed more time to read and understand the lengthy and highly technical report that they were being asked to decide upon. And despite requests, he said he and fellow councillor Marion Hurley had only been briefed by council officials last week.

“It is vital we are very sure of our facts,” he said, adding that he did not want to be coming back to the council with an emergency motion to change a decision taken.

“This is one of the most important strategic decisions that will be made by this council,” he said.

Chief executive Conn Murray pointed out that as part of the statutory process, the council was “in a time-line which we must adhere to.” “The council will be asked to make a decision before July 31,” he said. A special meeting is to be organised.

Previously, Clare County Councillors had also deferred a vote on the road, with another vote set to take place this Friday.

Critics of the road say it will do untold damage to a small semi-rural community and reduce the viability of a number of farms.

Cllr Cathal Crowe, who is against the route of the road, said he believes it would “divide the community of Parteen in two and aggravate flood risk in Clonlara”, if it goes ahead as planned.

“The proposed route for the Northern Distributor Road is very offensive to the communities I represent,” said Cllr Crowe.

Clare councillors were on the cusp of voting at the meeting last week when it was suggested that there would be a deferral. An hour long debate followed with many contributions arguing for the road - but not the chosen route.

“We are all for the road. This is not nimbyism. This is us saying we will not tolerate the current route of the road. We said this all down through the years. They have spent a lot of money advancing this route option. We told them way back that we will oppose it,” said Cllr Crowe.

If the vote is a no on July 24, Cllr Crowe says they are in “unknown territory”.

“No council has ever voted down a project of this magnitude,” he said.