Developers are back in Limerick as demand outstrips supply 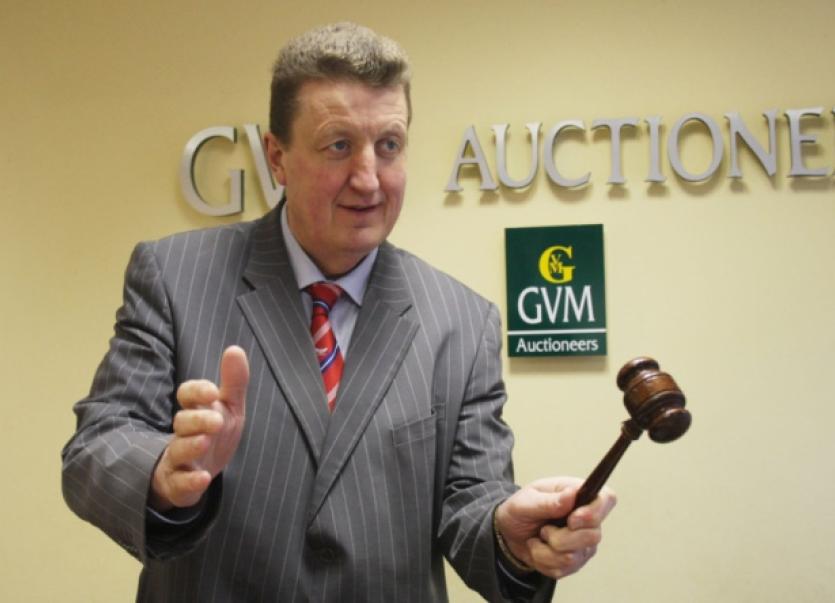 Donal O’Regan and An

DEVELOPERS are “back in vogue” says a leading Limerick auctioneer, with land that has been on the market for years now being quickly snapped up.

DEVELOPERS are “back in vogue” says a leading Limerick auctioneer, with land that has been on the market for years now being quickly snapped up.

Real estate near the Parkway Shopping Centre, on the Ennis Road, Monaleen Road and Golf Links Road, Castletroy has been bought for between €100,000 and €150,000 an acre, the Limerick Leader understands.

And five three-bedroom townhouses in Dooradoyle sold overnight recently, with 100 people queuing to view the properties over two nights.

“There is massive demand for good quality homes in good areas but the properties just aren’t there,” said Lisa Kearney, of Rooney’s auctioneers.

While property agents across the city are reluctant to say the boom is back, each agree there is now a huge demand for good quality new homes, but the supply is not being met.

Tom Crosse, of GVM Auctioneers, said it is in response to surging prices in well-established areas.

“A three bedroom semi-detached house in Limerick that was €140,000 is now €200,000. Builders and developers who are still solvent are beginning to notice this and saying, ‘Hold on here, we need to be ready to enter the market’,” said Mr Crosse.

- Twenty out of 38 houses in phase two of Evanwood, Golf Links Road, have been bought since May 9, according to M&C Property.

- A long abandoned upmarket development on the North Circular Road has sold for in excess of €1m.

According to the most recent Daft report, prices in County Limerick between March and June 2015 were 6% higher than 2014. In the city they were up 11%.

Mr Crosse has also noted that developers are beginning to see “hope value” in land adjacent to towns and villages in County Limerick with a view to potentially developing them for private sites rather than high density. Farmers were the only interested parties in recent times.

“Development land that wasn’t moving, or there was no interest in, is back in vogue. For the last eight years there has been little or no building activity in the marketplace, really because the cost of building houses was exceeding the value of them.

“There was better value in the secondhand market than there was in terms of builders having to go about developing a site. Since prices began to recover in September 2014 in Limerick it has begun to change,” said Mr Crosse, who thinks the Daft report understates the current situation in Limerick.

“We are seeing on the ground more significant increases than what they are suggesting. You had eight years of a stagnant market – people opted to rent. They’re now all coming out of the woodwork, saying it is time to buy because prices are going back up and they can have a mortgage at the same levels as their rent. And rents are going up, which is pushing people away from the rental market back into buying,” said Mr Crosse, who adds that banks are prepared to finance “shovel-ready” sites. “Builders are saying a three bedroom house needs to be €220,000 in Limerick to make it feasible for them to build, There’s a scarcity of three and four bedroom properties, we are all low on stock, that’s the big complaint of auctioneers,” he said.

In Castletroy, agent Diarmuid Madigan of M&C Property has seen 20 of the 38 houses in phase two of Evanwood on the Golf Links Road sell within two months.

“We’re certainly very happy with the progress so far, there’s a great appetite there but not many new developments coming up in Limerick to meet the demand, which is pushing prices upwards. But the market is a lot healthier now than it was two of three years ago, unquestionably so, and prices are going up. Whether that continues or not remains to be seen,” he told the Limerick Leader.

“A lot of young couples want brand new homes, but are being pushed into the second-hand market as the supply isn’t sufficient to meet the demand,” he said.

The company also finished 36 of the 54 houses in phase one, and they all sold within a few months last August.

The estate was taken over by Nama from developer Ger Clohessy, and in turn built by Liam Neville developments from Wexford.

The show houses are open Saturday and Sunday, from 2-4pm, or by appointment.