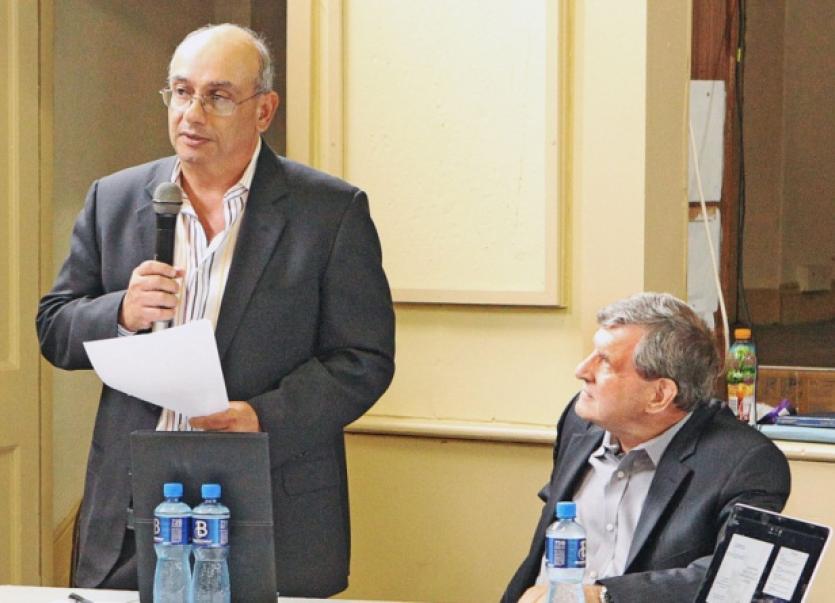 Limerick City and County council is to review the lease it signed with Cadence EnviroPower (CEP) to allow the company build a gasification plant at Gortadroma.

Limerick City and County council is to review the lease it signed with Cadence EnviroPower (CEP) to allow the company build a gasification plant at Gortadroma.

In light of huge public opposition to the plan, councillors this week rowed back on their earlier decision to agree to the signing of the lease.

However, it is unclear what the legal implications of such a move would be.

A motion, put forward by Cllr Richard O’Donoghue at this week’s council meeting, called on officials to “conduct an immediate comprehensive review of the provisions of the agreement to lease entered into between Limerick City and County Council and Cadence Enviropower Ltd, with a view to establishing the options, if any available to the council including the question of the termination of this agreement to lease”.

This latest development followed a public meeting in Shanagolden last Thursday at which the extent of local opposition to the proposed plant was apparent.

In a statement issued following Tuesday’s council meeting, the chief executive of Limerick City and County Conn Murray undertook to seek legal advice in relation to the proposal.

However, he pointed out that the lease agreement was subject to CEP obtaining the necessary planning permissions and waste licences within five years.

Mr Murray added that there would be a “significant process” to be undertaken in order for the company to secure the necessary permissions.

“The public will have ample opportunity during the planning and licensing process of raising their concerns in relation to this proposed development with the relevant bodies making a decision on the development. These concerns will most certainly be taken into account before any decision is made.

“I can assure members of the public that their representatives on Limerick City and County Council will provide full assistance and support in ensuring that these concerns receive full consideration,” he said.

The chief executive also outlined the process to date that led to the decision to sign a lease with CEP in March of this year.

“The Council commenced a process in March, 2010 of the identification of possible future options and uses of lands at Gortadroma, in anticipation of the closure of the landfill facility there.

“Accordingly, the council appointed consultants in 2013 to seek expressions of interest for the future use of the landfill in addition to assessing the technical and financial merit of any proposal.

“In July 2014, the consultants RPS produced a technical and financial appraisal of the bids received and recommended the selection of Cadence EnviroPower Ltd.

“The proposed disposal of the lands was discussed at a number of the Adare/Rathkeale district meetings and, following a visit to a similar facility in France, the members of the full council, at its meeting held on March 23 2015 agreed to dispose of these lands by way of agreement to lease to Cadence EnviroPower Ltd.”

Anti Austerity Alliance councillor Cian Prendiville has urged CEP to accept the views of the local community and yesterday’s decision of the council and agree to have the lease agreement rescinded. “If we are to take seriously the company’s statements that they did not realise that there had been no public consultation, and no debate allowed on the full council then they should agree to right the wrong against the community, by agreeing to scrap the current contract, if that is what the community want.  The companies proposals for consultation and debate now are worthless unless they agree to accept the final verdict from the community,” he said.

Fianna Fail’s Niall Collins also believes the council should back out of the lease and that the plans for a gasification plant at Gortadroma should now be “scrapped”. “The community doesn’t want it. Why isn’t a project like this being planned on an area which the council has zoned for industrial use?” he said. “The consultation process that is happening now is locking the stable door after the horse has bolted because they are locked into the lease.”