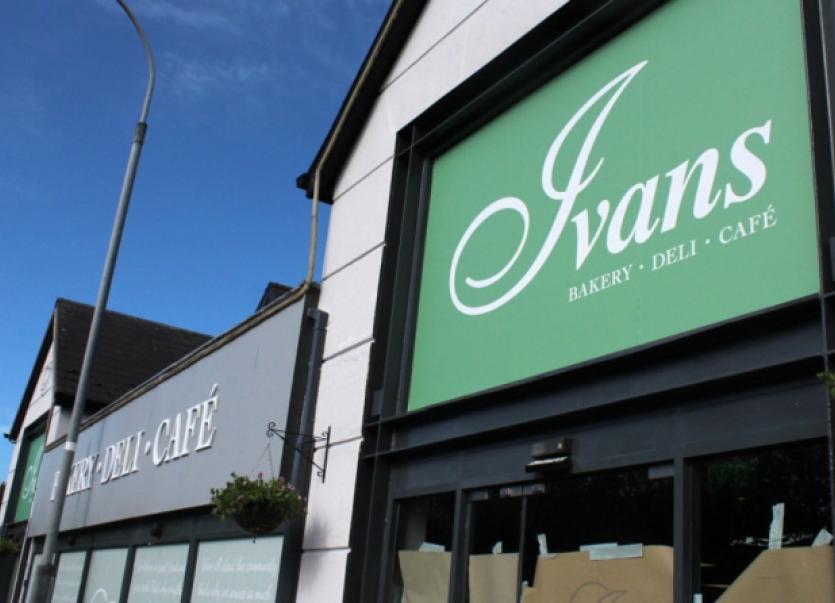 AFTER more than 12 months in the wilderness, Ivans is set to re-open – and its iconic chocolate cake is most certainly back on the menu.

AFTER more than 12 months in the wilderness, Ivans is set to re-open – and its iconic chocolate cake is most certainly back on the menu.

The store is to reopen under new management this Thursday after a €200,000 fit-out as a bakery, deli and cafe, with a strong emphasis on fresh produce and baked goods.

More than 30 jobs are to be created by the move.

The store at Caherdavin Cross, closed in January 2014 after 38 years in business due to “due to tough trading conditions”, previous owner Ivan Cremin declared.

However, in a link to the past, Mr Cremin’s son Christian is to be employed in the business, the lease for which has been taken up by DK Walshe Restaurants.

The Limerick based company employs 120 people in various restaurants, including Ristorante Del Arte in the Crescent Shopping Centre and businesses in Cork, Dungarvan and Thurles.

“It is a shop, a bakery, a deli and a cafe. A proper bakery, everything baked from scratch - we have eight bakers employed doing breads, pastries, cakes - and all the old Ivan’s cakes will all be available,” said David O’Connor, a director of DK Walshe along with Darragh and Orla Walshe, who run the company.

“Then we have a carvery and a deli, take away meals will all still be available, but you can sit down in the cafe and have all of that too. We have spent a lot of money making it look as unique as Ivan’s was originally, it is done up to look like an old market.”

The company bought the name and have registered the tagline, ‘Ivans Bakery, Deli and Cafe’ and have a 15 year lease on the premises to operate it.

“The tagline describes what it is all about - there is a heavy emphasis on freshly prepared, in house food, that you can bring home or eat in,” said Darragh Walshe.

“This is our fifth business and will bring our employment numbers up to about 120. We started off four years ago in the middle of the recession with no staff, and we now have 120 employed. It is part of a much bigger group, doing a substantial amount of business, employing a lot of people,” added Darragh.

News of the store’s re-opening on the northside has been greeted with delight, while the facebook page for the business has been attracting steady interest, with people keen to see the brand return to the city.

The store will have a restaurant licence and in time may open in the evenings, with the potential for more staff to be hired, “depending how we go,” Mr O’Connor explained.

“The store will have newspapers, lotto, groceries and a strong emphasis on freshly produced food that we will produce ourselves in house and will be available to take home,” he explained.

The former post office that was located in Ivans - and traded for a time after the store’s closure - subsequently moved across the road to the old Bank of Ireland building beside Whitty’s Mace supermarket in the Caherdavin Shopping Centre, where it is managed by Joan Dowling, mother of Na Piarsaigh and Limerick hurler Shane.