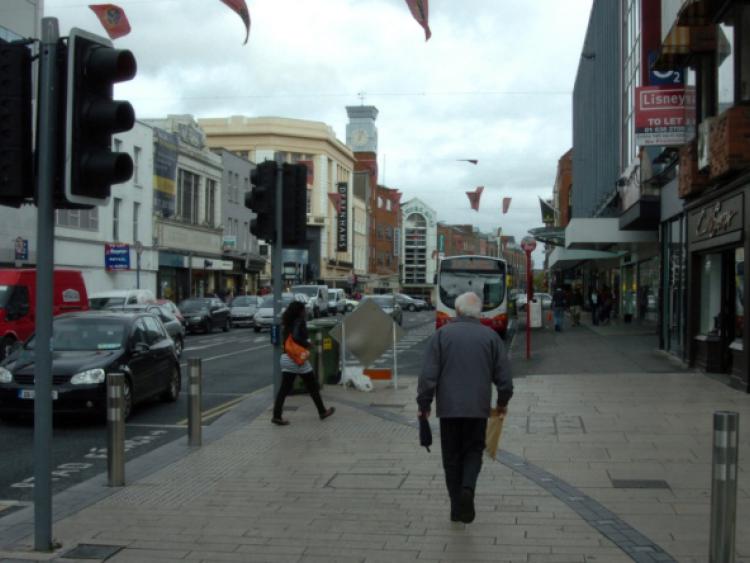 PLANS to pedestrianise O’Connell Street are back on the table, with the council preparing fresh proposals.

PLANS to pedestrianise O’Connell Street are back on the table, with the council preparing fresh proposals.

The project could cost up to €5m.

In the old City Council, these plans were passed by councillors.

Senior engineer Vincent Murray this week told councillors it is “most likely” this application will be revisited, although there will be further additions.

“This is very important, as these are the people on the street. We have one chance to do it, so we must make sure it is done right. The wider footpath and pedestrianisation is helping streets like Thomas Street. But O’Connell Street is our main street, and we have to get the footfall into O’Connell Street,” she said.

Cllr Byrne said she hopes the council also resurrects the Living over a shop scheme in order to get more people living in the central area.

“At the moment, if you look up at most businesses, there is nothing in them,” she commented.

It is envisaged these works will get under way in the next 12 months.

While the pedestrianisation of this part of O’Connell Street is a priority, the local authority says it will also look at extending this further down to Patrick Street and the junction with Denmark Street by 2017 at an estimated cost of €1m.

On top of this, there will be other improvements to the streetscapes including to pedestrian facilities, cycle facilities, plus public lighting.

A metropolitan area cycle network will also be developed.

Cllr Daniel Butler, Fine Gael, also welcomed the proposed pedestrianisation of the main thoroughfare, but expressed concerns over another transport proposal - the installation of traffic lights at the Dock Road roundabout beside the former Jury’s Inn Hotel.

“Plans for the Dock Road roundabout to be upgraded to a signalised junction? That scares the living daylights out of me,” he told the meeting.

However, Mr Murray reassured the councillor at present, this was only a suggestion, and it would need to be explored in depth.

The plans were outlined in a comprehensive document presented to councillors, named the Limerick Metropolitan Area Movement Framework.

Mr Murray said: “This is about making metropolitan Limerick more comfortable for people to walk and cycle around.”

He said with increased employment, and a rise in population, bus services will need to be increased in volume.

Park and Ride options are also being looked at to reduce the number of motor cars in the urban area.

The document has also shown in Limerick, at present just five per cent of secondary school and college students cycle to and from educational institutions.