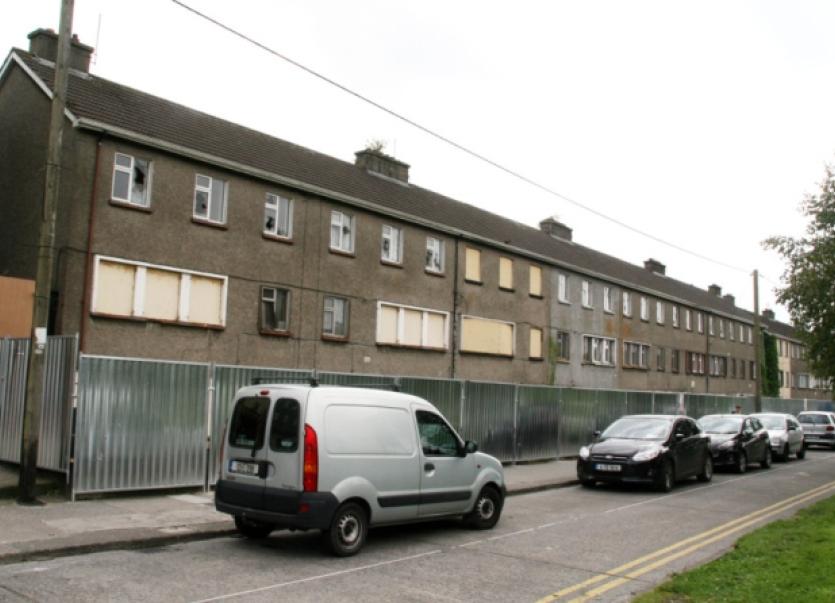 THE redevelopment of the Hyde Road flats is expected to commence at the beginning of 2016, as enabling works are currently underway.

THE redevelopment of the Hyde Road flats is expected to commence at the beginning of 2016, as enabling works are currently underway.

The housing project, which will see the refurbishment of 20 additional units in the city centre, is expected to be completed by as early as July next year.

According to a spokesperson for Limerick City and County Council, the enabling works will result in a site clear out and handover, undertaken by Clúid Housing Association.

The enabling works, which is expected to be finished within a timeframe of four months, consist of the clearing of shrubs and grass, the removal of loose furniture, floor coverings, internal and external plaster, ceiling slabs and floors, and the digging of “trial holes” both internally and externally.

Project manager James O’Halloran said that Clúid Housing Association is “delighted” to commence the beginning stages of the refurbishment, alongside the council, and that each unit will be of a “high quality”, in accordance with national standards.

He said that they hope to complete the enabling works before the four-month timeframe, and that once the first phase is finished, a tendering and procurement process will kick in immediately. He added that Clúid Housing Association aims to have people on site for construction at the beginning of 2016.

Fine Gael Cllr Maria Byrne welcomed Clúid Housing’s commencement on the enabling works, saying that the new units will be “complementary” to the housing project in Edward Street.

“They [the flats] have been in such a derelict state for so long, and certainly it is the gateway to the city when people come off the train. I think it is very positive. I think the whole development around the area, including the housing, is to be welcomed.”

She added that Hyde Road is an “integral part” of the city centre, and that it is a “positive thing” that people will be returning to the flats.

“Especially with the housing shortages, there are going to be more units of accommodation, and that will help in relation to people on the housing waiting list.

“I am very positive about it, and it’s a positive outcome because we waited for the funding to come for a while, and it has come now and the development has started.

“I know there were a lot of issues that had to do with the fact that the attics were all connected, so it was a fire hazard. There was a whole load of reasons why they had to be closed down,” she said.

The Hyde Road flats were first occupied in 1955, and have been vacant for more than five years.

The number units will be reduced from 28 to 20 as a result of the project’s completion.