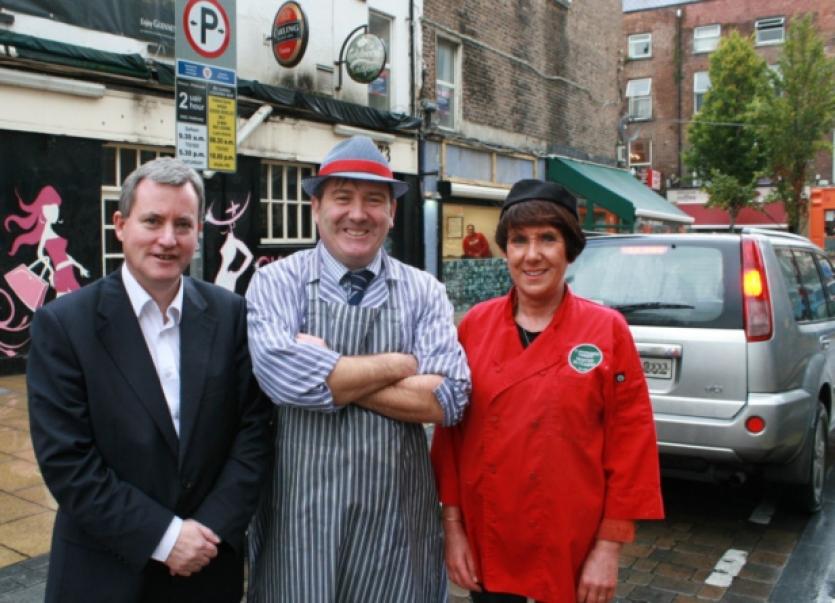 A PLAN for free parking in Limerick city over the Christmas period that would be “very easy for the council to implement” has been submitted to the local authority.

A PLAN for free parking in Limerick city over the Christmas period that would be “very easy for the council to implement” has been submitted to the local authority.

This claim was made by Fine Gael TD Kieran O’Donnell, who submitted a plan drawn up together with the Limerick City Business Association.

Mr O’Donnell wants to see free parking in the city until 11am daily, and parking allowed in loading bays across the city after 11am, when the majority of deliveries – he claims – are complete.

The plans, submitted to Limerick CEO Conn Murray this Monday, are the fruit of research carried out by the LCBA and Mr O’Donnell over the past month, and reflect, he argues, the prevailing view among city retailers.

“It is very simple to understand: free parking up to 11am and after 11am all spaces are available for on street parking, including the loading bays.

“The key to this is that it is very simple to operate and implement, it is easy to understand and it would encourage people to come into the city.

“It is something that could be implemented very easily by Limerick City and County council,” he added.

A number of initiatives relating to parking in the city have been submitted to the council, with the budgetary implications of these now to be considered, the spokesperson confirmed.

“The budgetary implications of all these proposals will be considered and the Metropolitan District members advised to enable them to make appropriate decisions,” she said.

Plans put forward by local councillors that would have offered 30 minutes of free parking in the city have been referred to the new transport SPC, one that is not expected to meet before Christmas, the spokesperson also confirmed.

“A notice of motion by the members to provide free parking for one hour or 30 minutes has been referred to the new specific policy committee.”

Mr O’Donnell said that in his meetings with city traders, they expressed support for “anything that encourages footfall”.

He argued that his loading bay proposal would free up an additional 110 additional on-street car parking spaces in the city centre.

“We looked at the resources that are currently in place and if they are being used in the most efficient way possible,” he said.

“To look at the loading bays - there are a large number being used up during the day, which are not required for delivery.

“I wanted to see what was the general feedback from traders and the vast majority were very supportive, most deliveries are done before 11am.

“Most deliveries are done at that time and what we are trying to do with LCBA is to look at what practical measures can we bring in to encourage people to come into the city and free up much needed on street parking spaces, and that is what this measure does.

“It is a win-win-win for the shoppers, the local authority and the traders. That is what I am looking at for the city centre,” he added.

Mr O’Donnell’s proposal would run from December 1 to January 5.