Retail unit on Limerick’s Bedford Row up for sale for €1.8m 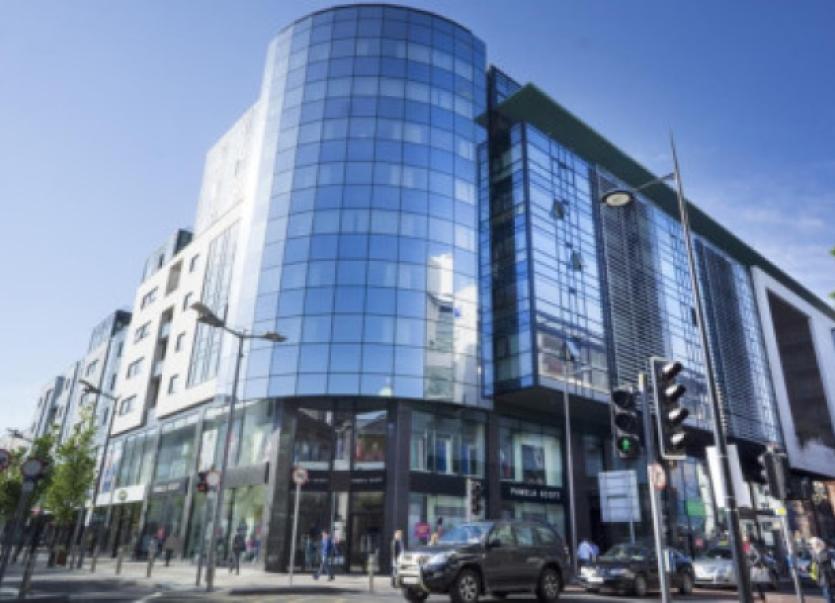 A RETAIL unit on Bedford Row has been put up for sale for €1.8m by the Dublin property agency Savills.

A RETAIL unit on Bedford Row has been put up for sale for €1.8m by the Dublin property agency Savills.

The property forms part of the retail mix in the City Central development, built in 2007 by Fordmount Partnership and developer Michael Daly.

Recently, a large chunk of the modern development, including 84 apartments, the 93 bedroom 5 star Savoy hotel and six retail units were sold for some €18m to a Limerick based consortium.

However, the unit currently occupied by Pamela Scott’s, at No.7 Bedford Row, was not part of that sale.

This premises is the largest retail unit in the scheme, extending to approximately 9,074 sq ft and trades over basement, ground and first floor levels.

The building occupys 30 metres of prime frontage to Bedford Row and Henry Street and has double height, glazed retail displays.

“No. 7 Bedford Row is the largest and most prominent retail unit within the City Central mixed use development.

“This is one of the finest schemes in Limerick city centre and offers investors a unique opportunity to acquire a prime investment in Ireland’s third largest city,” the agents have advertised on their site.

Savills expect strong interest due to the high quality of the building, excellent retail location and as economic recovery takes hold the prospects for rental growth will further improve the yield return as it is not over rented.

The sale of the nearby development showed the strength in the commercial property market locally. Put on the market for €13.5m, the portfolio sold for more than €17m, amid a frenzy of interest from both domestic and international players.

The 94 bedroom purpose built hotel developed to a 5 star standard is currently managed by Ronan Brannigan and Michael Roche, who were part of the successful consortium, describing the price as a “bargain” and will continue to operate the Hotel.

The apartments are fully let producing gross rental income of approximately €660,000 per annum, while the six retail units sold have a combined yearly income of €575,000.