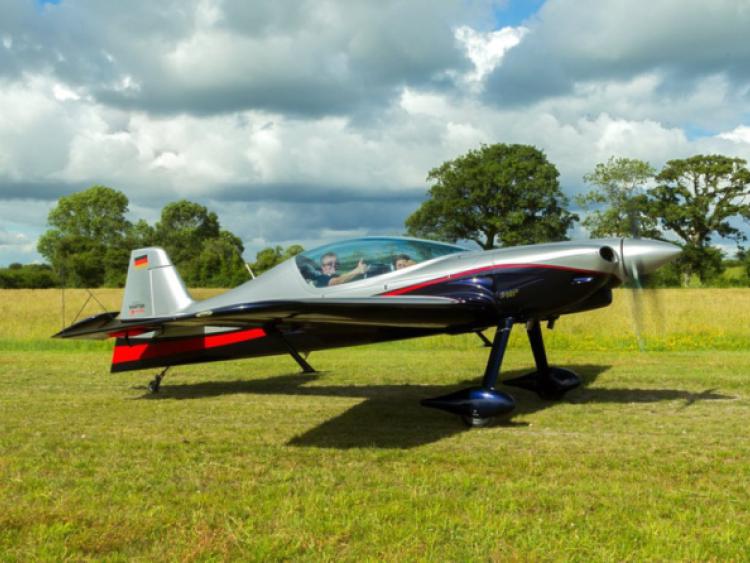 ONE of the largest air displays ever to take place in the region is to feature 33 separate aircraft in a huge display.

ONE of the largest air displays ever to take place in the region is to feature 33 separate aircraft in a huge display.

The line-up for the Shannon Air Display on July 18 was finalised this week. The event, featuring 20 domestic and international acts, is expected to draw up to 40,000 people and is being held to mark the 70th anniversary of first commercial transatlantic flight touching down at the airport.

Renowned aerial performer Dave Bruton, who is rated by his peers as among the best aerobatics acts in the world, was confirmed as taking part this week and will enthral crowds with his daredevil acts in his high-performance two-seater Extreme 342 aircraft.

Speaking ahead of the event, he said: “Shannon Airport is such a great name in aviation and I am personally really looking forward to performing at the Air Display.

“It’s an important anniversary from not just a Shannon but an Irish aviation perspective and everyone will be really looking forward to putting on a show.

“I know most if not all of the other performers and it really is a fantastic line-up. Those attending won’t want for excitement, that’s for sure,” he added.

The Saab Viggen - one of the most advanced jets of the 1970s - will also make its first appearance at an Irish air show. It remains an extremely dynamic aircraft, despite having been retired from official duties ten years ago.

The line-up will include the Blacknights, O’Brien’s Flying Circus, craft including the Iolar and the Chipmunks and RAF Hunter Jet, while the Norweigan Airforce’s ‘historical squad’ will bring an Mig-15.

Special access points will be installed to the airfield, from where the crowds will look to the skies and also enjoy family fun festivities. Some 4km of fencing will be put in place, as well as the creation of two vehicular access points and a pedestrian entry.

There will be plenty of on-the-ground action, including a static aircraft and tank display, entertainment zone, live music and a catering zone. Tickets are available now at €5, and children are free.

Shannon Group Chief Commercial Officer Andrew Murphy said the event “promises to be one of the most memorable events of the summer”.

Meanwhile, Shannonwatch has said it is organising a protest to coincide with the July 18 event. The Peace & Neutrality Alliance said it was supporting the protest because of the “2.5 million US troops” that have used Shannon Airport since 2002.