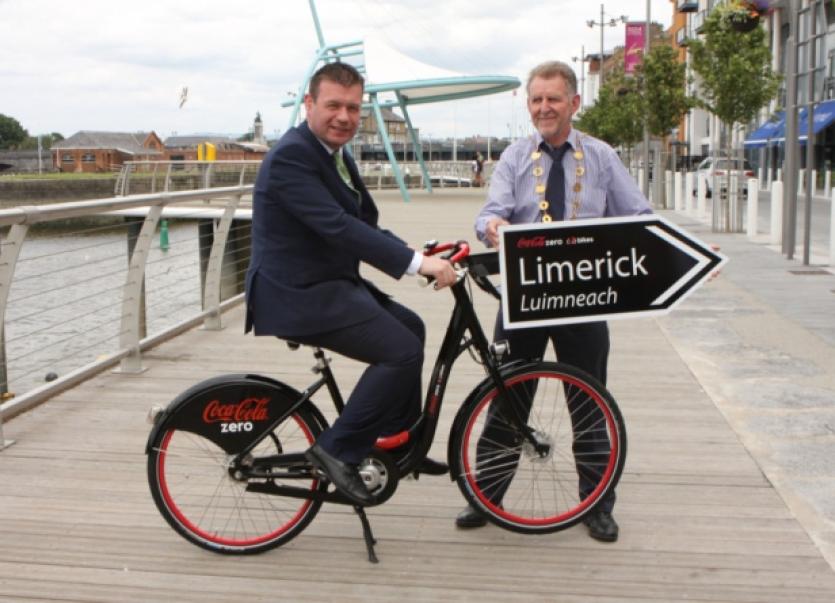 MORE than 15,000 trips have been taken on the Coca-Cola Zero Bikes in the city since January, newly released figures have revealed.

MORE than 15,000 trips have been taken on the Coca-Cola Zero Bikes in the city since January, newly released figures have revealed.

The Coca-Cola Zero Bike scheme, which rolled out officially in December of last year, now has some 2,094 registered users in Limerick as of the end of May.

From January to June of this year, there have been 15,288 trips taken on the bikes in the city, with 21 of the total 23 stations now open across the urban area.

Up to 215 bikes will be available for use at the stations when the scheme is fully complete, with a further bike point to be added at Colbert Station as part of that redevelopment, which is expected to take place later this year.

A spokesperson for the National Transport Authority has said it is “really pleased with how well the scheme is taking off in Limerick”, noting that the bikes are set to become “an integrated part of the many ways in which people can chose to get around the city”.

Labour councillor Joe Leddin recently called for a further expansion of the scheme beyond the city to Raheen, Dooradoyle, the Ennis Road, Mayorstone and Castletroy.

It is understood that an extension to the UL campus is likely at some point in the not too distant future.