House prices not a problem in Limerick, but supply is lacking 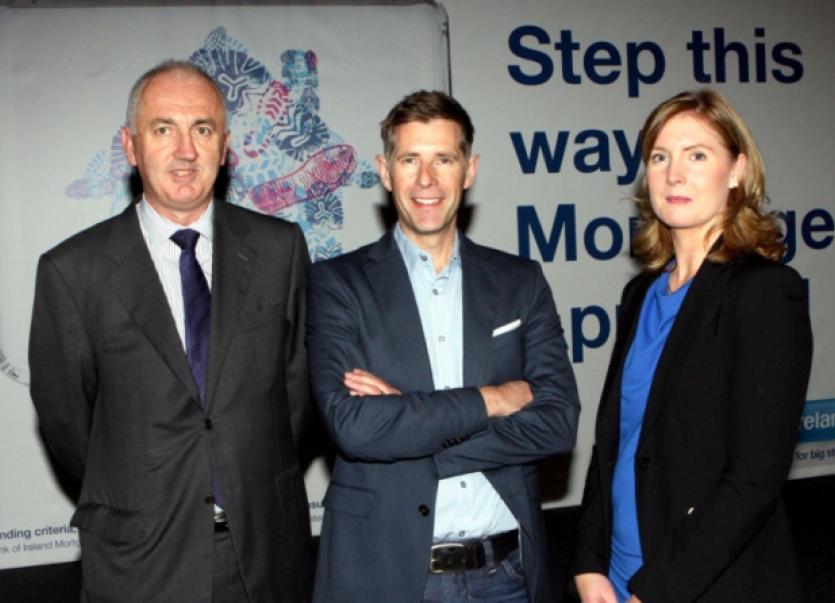 LIMERICK is the second most affordable place to buy a house in the country, after Waterford, a conference on mortgages has heard.

LIMERICK is the second most affordable place to buy a house in the country, after Waterford, a conference on mortgages has heard.

Up to 150 people attended Bank of Ireland’s ‘The Truth about Getting a Mortgage’ talk in the South Court hotel, predominantly first-time buyers, to hear Dermot Bannon, architect and RTE presenter of Room to Improve, among other industry experts advise on how to get on the first rung of the property ladder.

David McDonnell, area manager for the Mid-West for Bank of Ireland, said they are “working very hard to promote the fact that we’re open for mortgages”, approving eight of out 10 mortgage applications, and financing one in three mortgages in the country.

Angela Keenan, managing director of the property website MyHome.ie, said while prices are dramatically rising in Dublin, Limerick is also not immune to the forces of supply and demand, noting that there have been fewer than 200 building commencements in Limerick this year. Highlighting the need for more housing in Limerick, Ms Keenan said the ESRI have advised that in excess of 2,000 new builds will be required in Limerick by 2016.

“First time buyers are accounting for more than half of the market in Limerick, but we are now seeing the return of investors, cash buyers and people looking to trade up,” she said.

The return of cash-rich buyers to the property market, coupled with the end of the capital gains tax at the end of this year, could force some first time buyers out of their price bargain. Mr McDonnell agreed that while they are witnessing a substantial increase for mortgage approval in Limerick, the level of purchases they have seen “still has a bit to go”.

Ms Keenan said there is “huge evidence of stabilisation” in the market, with every county in the country witnessing an increase in sales.

Transactions in Limerick account for 3-4% of sales nationwide. “We need transactions to double before we go back to a normal functioning market,” she said, cautioning that “no one wants to go back to 2006 levels”.

In Limerick, the most popular areas for buyers, she said, are in the city, followed by Castletroy, which has witnessed a 150% increase, Dooradoyle and then Newcastle West.

However, she said the stock level in Limerick has reduced significantly – almost by half in the last few years. She said it takes an average of seven months for a house to sell in the county, and five months for a house to sell in the city. House prices in Dublin are increasing at an “alarming rate”, but she said affordability isn’t an issue in Limerick in comparison to national trends. She urged first time buyers to keep an eye on the Property Price Register, a national database of all houses sold for price comparison purposes.

Under new mortgage rules outlined by the Central Bank the bar has suddenly been raised a lot higher for many young couples competing for the small supply of homes currently on the market.

Under the new rules, housebuyers will need a 20 per cent deposit when applying for a home loan from January 1. For first-time buyers looking to purchase a home worth €300,000 they will need to have built up savings of €60,000, leading to fears that buyers will remain in the rental market for a much longer period than they had hoped for.