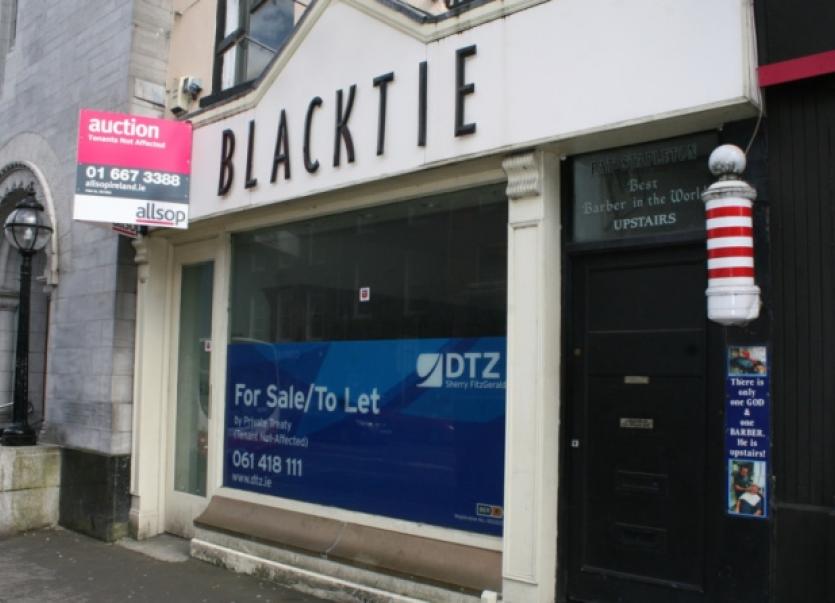 COMMERCIAL properties in Limerick worth nearly €1,000,000 have been sold at Allsop’s latest auction in Dublin.

COMMERCIAL properties in Limerick worth nearly €1,000,000 have been sold at Allsop’s latest auction in Dublin.

It was the largest commercial sale of properties in the country, after Allsop split its residential and commercial lots into two auctions last week.

The prime city centre, four storey building, is currently occupied by a barbers on the second floor for a rent of €3,000 per annum, and has apartments on its third floor.

A second floor office investment suite in Ashbourne Hall, Ashbourne Business Park, Dock Road, sold for €330,000. The entire property is at present let to HSE West for a term of five years at a current rent of €37,500 per annum.

No 62 William Street, a prominent corner Georgian investment building, sold for €275,000. The entire property is at present let to O’Reilly Hair and Beauty Limited for a term of five years.

Another suite of offices - in Suite A, Ashbourne Hall, Ashbourne Business Park - sold for €115,000.

Schooners Unit, Steamboat Quay, Dock Road, failed to sell. The entire property is at present let to Headways Ireland Limited on an informal basis at a current rent of €25,000 per annum. The reserve range was set at €120,000 to €140,000.

Among the lots which failed to sell was a former licenced premises on Bridge Street in Newcastle West, which was up for €80,000 to €100,000.

The most expensive lot to sell on the day was an office investment was Sandyford Business Centre in Dublin 18 for €1.6m. The next auction will be held on July 7. The catalogue will be available at a later date.