Limerick man told he cannot park in his front garden 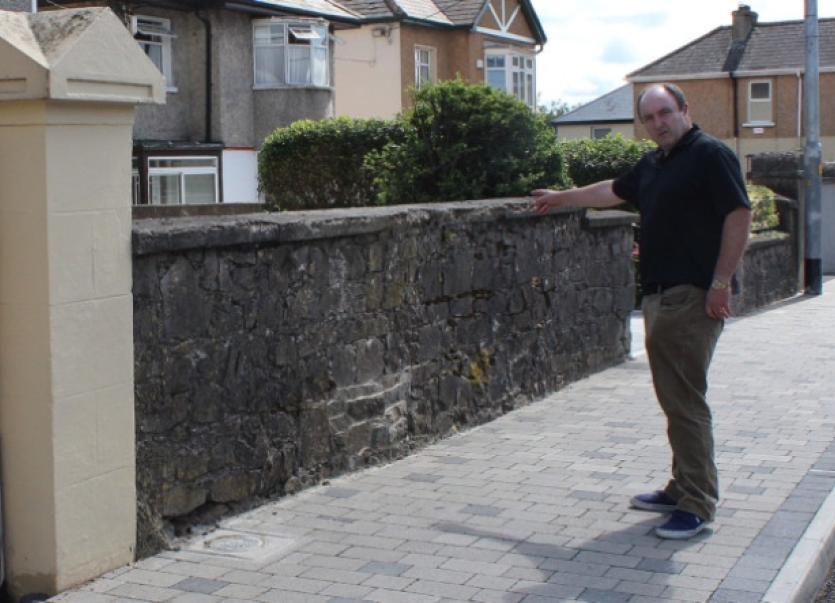 A BALLINACURRA Road man has lost the street parking space outside his home - and has been told he can’t park in his front garden instead.

A BALLINACURRA Road man has lost the street parking space outside his home - and has been told he can’t park in his front garden instead.

Following approval for the bus lane from Punch’s Cross to Balinacurra Creek, homeowners have enjoyed upgrade works from the council to their front and back gardens to make up for the loss of parking.

But chemist Paul O’Sullivan says that due to the fact his house lies “in the sight line” of a bus stop, he will not be able to avail of a parking bay to his front garden.

“Prior to the bus lane, I was able to park outside my house. The bus lane, and the new footpath means I cannot,” he said.

In a letter to transport director Paul Crowe, he added: “I now will have to provide car parking at the rear of my property to make up for this as I had an access point in my rear garden which must now become the primary parking point for the house”.

“Many of my neighbours had new driveways free of charge when they lost their spaces, not me,” he said.

To add to this, the wall at his house has been damaged when a water meter was installed.

Paul, who has lived in the home for 12 years, says the bus lane scheme has forced him to carry out works in the rear garden at his own expense to provide parking.

The laneway leading to the rear is one of the few which has not seen an upgrade.

In response, senior engineer Vincent Murray wrote: “Limerick City Council undertook an extensive public consultation and planning process prior to the implementation of the Quality Bus Corridor. The scheme went through the full statutory planning process and numerous public meetings were held explaining the various aspects of the scheme.”

He added an overnight parking survey was undertaken to identify parking need.

“This identified that sufficient parking is available to cater for the residents needs”.

On the laneway Paul is using to access his home, Mr Murray confirmed this is not part of the upgrade scheme.

Paul remains unhappy with the council’s response, and has written back to them re-emphasising his concerns.

He has indicated he may refer the complaint to the Local Government Ombudsman.