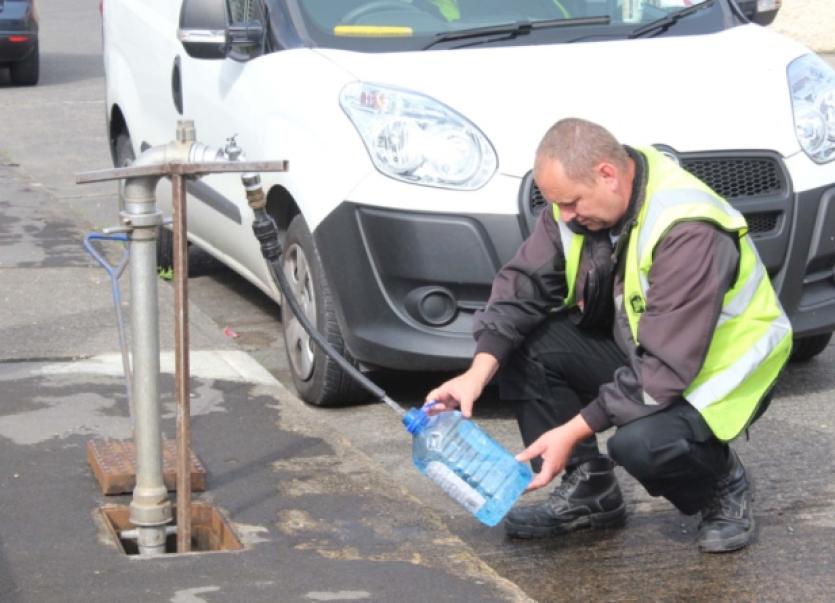 IRISH Water has been criticised for its communication with residents in Ballynanty who are facing the possibility of months of disruption to their water supply.

IRISH Water has been criticised for its communication with residents in Ballynanty who are facing the possibility of months of disruption to their water supply.

Around 400 households have been advised not to drink tap water or use the water for cooking due to the detection of high levels of lead in the water.

In an information leaflet, which was distributed to householders by Irish Water, the HSE warns the consumption of lead “may harm the kidneys, may contribute to high blood pressure and has been linked to cancer”.

It also states that it “can affect the development of a child’s brain leading to problems with learning, behaviour and attention”.

After the leaflets were delivered, a number of temporary standpipes were installed where residents could fill their own containers.

However, there was widespread confusion as to whether or not Irish Water was supplying containers with some residents turning up at the standpipes without any bottles or containers.

And this Wednesday, Irish Water warned that any water which is transported in bottles or containers should be boiled by householders before use as the containers may not be sterile.

The state agency has said it has approved plans to eliminate shared backyard privately owned lead pipes which connect the public mains and some houses in the Ballynanty area.

A spokesperson for Irish Water has confirmed the timescale of the works has been brought forward but no indication has been given as to when the works will be begin or how long they will last.

However, it is understood they are likely to take several months.

Cllr Cian Prendiville says the situation which has unfolded over the past week is disgraceful.

“Over €500m is being spent on (water) meters, whilst there is no money or plan in place to replace and improve our ancient water infrastructure. Not only is this network leaking, and bursting, but in the case of Ballynanty it has meant undrinkable water was being delivered to the residents for months, originally due to it being under-treated, and now due to it being contaminated with lead,” he said.

The Mayor of Limerick, Cllr Michael Sheahan, says while efforts are being made to address the problems as quickly as possible, he has contacted Irish Water about its communications strategy in relation to the rehabilitation works.

“It seems nobody is getting an answer from anybody in Irish Water prepared to come forward on the project. I have spoken to Irish Water to express my concern on this,” he said adding that he is also calling for a dedicated contact person to be made available by Irish Water to members of the community who have concerns.

Meanwhile, a formal request has been sent to Irish Water management asking that a representative be made available to meet with councillors in the coming weeks. While councillors in the Metropolitan District previously requested such a meeting, none has taken place to date.

A spokesperson for Limerick City and County Council says while its staff are carrying out works on behalf of Irish Water, they are a matter for the State agency and not the local authority.