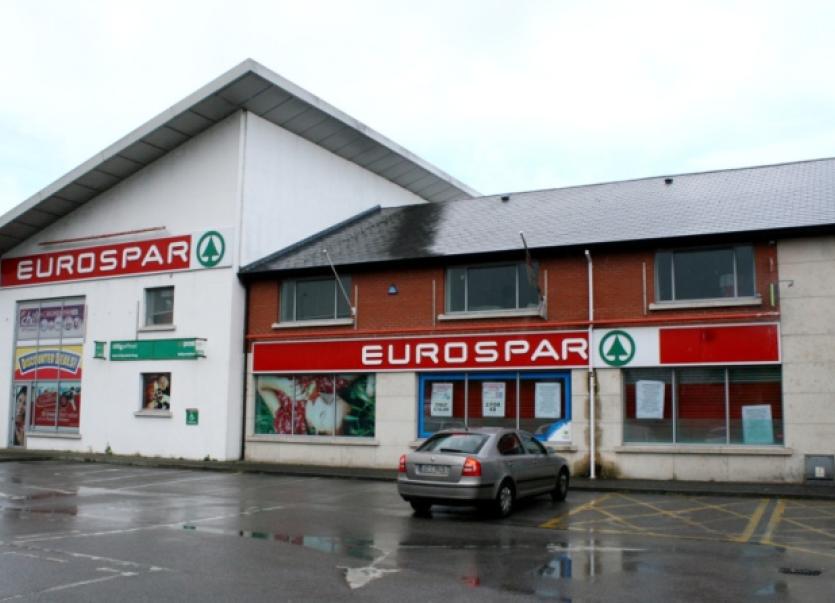 STAFF who were working at Eurospar in Moyross have barricaded themselves into the store at the Watch House Cross in a row over backpay.

STAFF who were working at Eurospar in Moyross have barricaded themselves into the store at the Watch House Cross in a row over backpay.

The business closed this week with the loss of 40 jobs, in a move which left Moyross without a supermarket.

Workers argue that they have not yet been paid their wages in lieu of a statutory notice period, and their redundancy documentation has not been signed off.

It has also been claimed their last set of normal weekly wages went unpaid yesterday.

A group of workers arrived at the closed shop this morning, and four managed to gain entry. However, managers got in afterwards, and secured all the doors preventing any further workers getting in. But it is understood a number of other workers also forced access to the premises since.

Frank McDonnell of Siptu, said the workers are in “a no man’s land”.

“They were given no notice whatsoever. Wages were being owed as well, and they are entitled to payment in lieu of notice. Their redundancy documentation has not been signed off either. As we are now, we are in a ‘no man’s land’, and that is not good enough. We need to get answers,” he said.

Willie Forde,the operations manager of Watch House Cross stores, which operated Eurospar in Moyross, said: “We are willing to work with staff to ensure they get everything they are entitled to. We will work with them on their CVs, and we are doing our utmost to get them jobs in alternative Spar stores.”