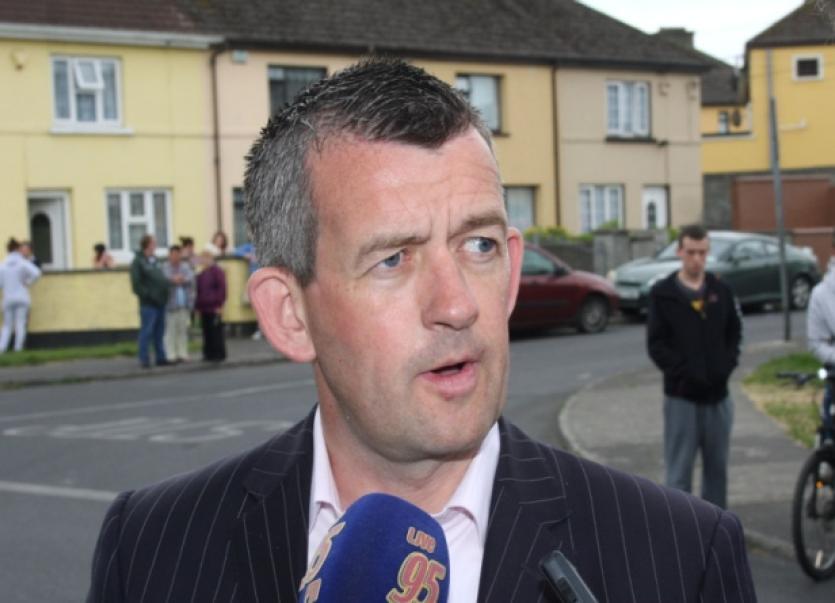 THE director of the management company at the Watch House Cross shopping centre has said he would like to negotiate with An Post to keep the post office in the unit.

THE director of the management company at the Watch House Cross shopping centre has said he would like to negotiate with An Post to keep the post office in the unit.

Peter Madden, Aviary Estates, was speaking following the closure of the only convenience store and post office in Moyross this week, which has put 40 people out of work.

With it, the post office was also closed, due to the fact it operated from inside the Eurospar, which was closed due to rising personal injuries claims and a downturn in business.

Benefits claimants were asked to make the journey to Caherdavin post office to receive payments, and use other services.

A spokesperson for An Post said while the hunt is under way for a new location for the post office, it could take some time.

As well as the anchor unit in the Watch House Cross, there are a number of smaller units which could be used for a post office.

And Mr Madden said: “We would like for the post office to be reopened in another unit. It is crucially important for the elderly people not to be travelling, and I am sure An Post would back us up on this.”

Following the closure of the large supermarket, there have been calls for the likes of Lidl or Aldi to move in there.

“It is a disaster for the area. I would hope there would be quick progress on filling the supermarket. I believe there are some supermarkets interested in coming to the northside, so hopefully we can attract them here,” said local councillor Maurice Quinlivan. The Sinn Fein member also said he would welcome the post office reopening at the Watch House Cross - but admitted there could also be merit in moving it back to its original location of Ballygrennan Road in Ballynanty.

Up until its closure on Tuesday, the post office still bore the name ‘Ballynanty Beg’, and when it was first moved to Moyross, there was a huge petition in opposition to it.

“There are a number of sites across the Ballynanty/Moyross area which would be suitable. There is one on the New Road in Kileely, there is obviously a unit at the Watch House Cross, and there is also Ballygrennan Road. I would ask An Post to sit down with the local representatives and give us their ideas,” he said, “There is a huge demand for this service.

Meanwhile, former staff of Eurospar are to meet employment rights advisor Frank McDonnell at the St Munchin’s Community Centre in Kileely this Thursday night.The aim of the meeting is to ensure they get all their redundancy entitlements.

“I am going to explain to them what they are entitled to as regards redundancy. I believe the statutory element of the redundancy will have to come from the social insurance fund,” said Mr McDonnell, who assisted staff who lost their jobs in Ivan’s shop last year.