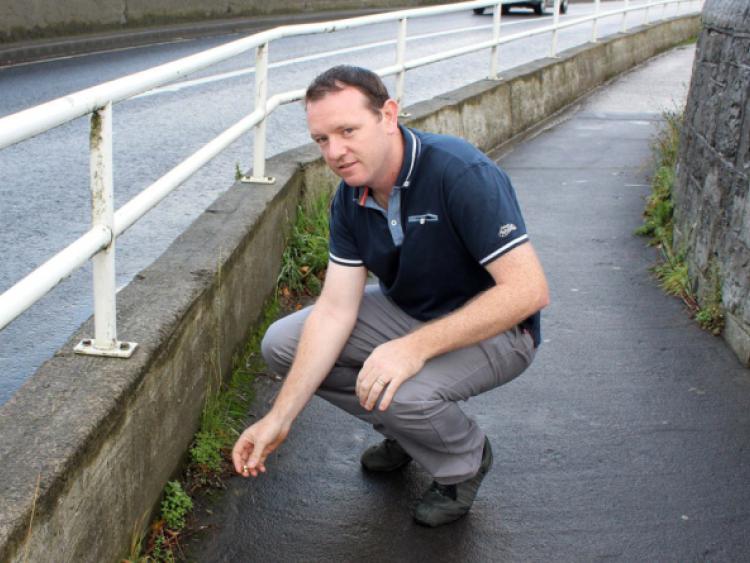 A CORBALLY woman is set to be reunited with her wedding ring just in time for her 40th anniversary following a national radio appeal.

A CORBALLY woman is set to be reunited with her wedding ring just in time for her 40th anniversary following a national radio appeal.

Alice Lillis, 59, lost the gold ring while cycling at Athlunkard Bridge in April and had consigned herself to never getting it back.

“I was out cycling and I took off my glove just there on the bridge as you go into the Irish estates, I put my bike up against the wall and took off my glove to take off my jacket because I was too warm and obviously when I did my ring came off with it because I didn’t miss it at all,” she said this week.

However, unbeknown to Alice and her husband, John, 67, the ring was actually found by John Kenneally, 34, on the same day that Alice lost it.

“I was walking across the bridge with my wife Linda who owns the Lazy Days creche in Westbury, when I saw the ring on the footpath on the bridge and I just picked it up,” said John who lives in Rhebogue.

He then placed posters in a number of shops and garages but for months nobody came forward to claim the ring, which was engraved with Alice and John’s initials and their wedding date - December 28, 1974.

In a final attempt to return the ring to its rightful owner, John took to the airwaves of Liveline on RTÉ Radio One last Friday afternoon.

While Alice did not hear the programme as she was on holiday in Liscannor, a friend of hers did and alerted her to the happy news later that evening.

“I couldn’t believe it, I’m delighted, my husband is delighted as well, we’re both delighted and we’re so happy that John took so much time and put in so much effort to find us,” she said adding that she has been in contact with John to make arrangements to get her ring back.