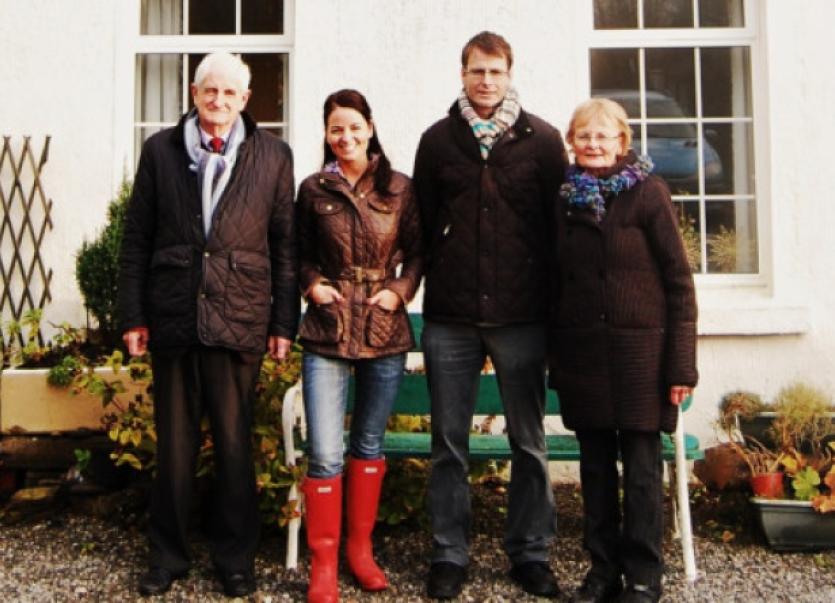 THE family-owned and family-run Cahill cheese making business has pulled off a double at one of the food-world’s most prestigious shows.

THE family-owned and family-run Cahill cheese making business has pulled off a double at one of the food-world’s most prestigious shows.

“We are very happy,” said Helen Cahill, following their success. The double-win at Nantwich comes on top of a bronze medal at the British Cheese Awards earlier this year and follows several Irish awards over the years, including the Blas awards.

“An award is always a great boost to us,” Dan Cahill said. Dan and Helen now run the business founded 30 years ago by Dave and Marion at their home in Clouniskehane, just outside Newcastle West. “The judges are some of the most experienced in the cheese business so if they say your cheese is gold medal standard, then there is a great sense of achievement.”

“We have a very good team working here. We work hard and we are very proud of our products,” he added.

Since the first Ballintubber Cheddar with Chives won the approval of Fergal Quinn back in 1984 and found its way on to the then Superquinn shelves, the Cahill family has built up the business to the point where they now supply to more than a dozen countries.

In addition, they supply Dunnes Stores, Supervalu and on a seasonal basis to Aldi and Lidl as well as local and specialist shops.

“This year we broke into two new markets, Sweden and Denmark,” Helen explained. “It was the relationship we had built up with Lidl Ireland that led to sales in Lidl in both countries.”

Getting listings in supermarkets is crucial to their aim of expanding and sustaining the business, she added. And she was particularly delighted to find that all the major UK supermarket chains all had stalls and buyers at the International Cheese Festival where she fronted the Cahill’s Cheese stall.

“All the show cheeses were laid out on long trestle tables and it was a little intimidating when you see it first,” Helen revealed, before adding: “I didn’t envy the judges.”