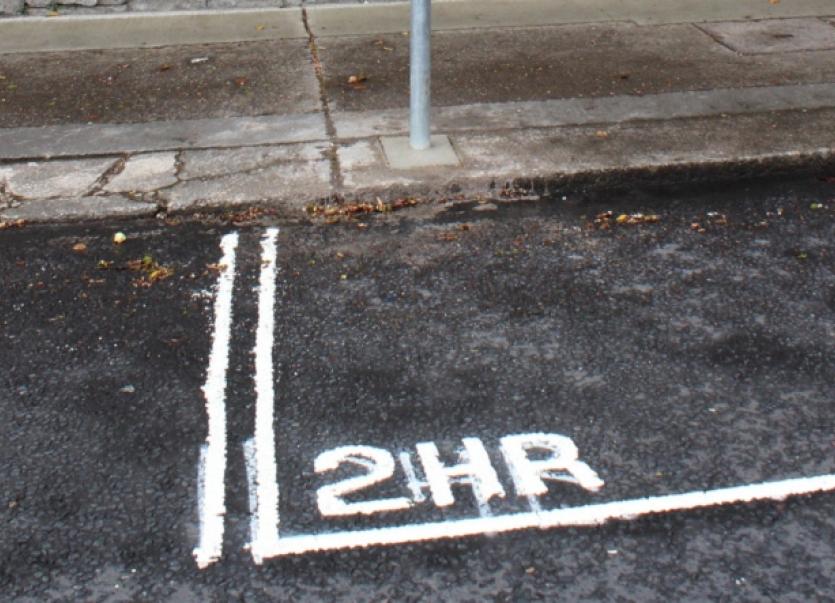 ONE of the “last bastions” of free parking areas in the city has been axed by the council.

ONE of the “last bastions” of free parking areas in the city has been axed by the council.

Around 40 parking spaces on the inbound-side of the road between Punch’s Cross to the Mount in the Ballinacurra Road/O’Connell Avenue area have been converted into paid spots.

For more than 20 years, these had been free of charge, in an effort to facilitate people using the surgeries.

Local councillor Maria Byrne says the move is “totally inappropriate”, and is furious that the plans were not presented to members for approval before the bays were converted last week.

A local medical practitioner, who did not wish to be named, said it is impractical for many of his customers to have the two hour-bays.

He said: “I run four-hour sessions with some of my patients. What am I supposed to do? Have them come out every hour to add stickers to their car?”

He said the Mount was considered the “last bastion” of free parking in the city.

“Now the complete gateway to the main shopping areas is restricted to two-hour parking from Punch’s Cross right down to the heart of the city. Indeed, there is a private cardiology Clinic on O’Connell Avenue with patients coming and going with cardiac conditions and no allowances made whatsoever for these patients to park and absolutely no disabled parking in or around the clinic. There seems to be no strategic thinking behind this move other then to make life awkward for the working person and shopper,” he added.

He also pointed out that if a shopper did use two-hour parking, the time it would take to get to the city centre and back could potentially cut the time in half.

Cllr Byrne, who lives only a short distance away from the parking spaces, said: “The free parking was put there to facilitate the doctors surgeries there. There are a number of surgeries along there. It was put in place before I came on the council, up to 20 years ago. There is nowhere up there where people can buy discs, so I think it is totally inappropriate.”

Her Fine Gael colleague, Cllr Daniel Butler said he felt two hours is “a bit prohibitive”, and perhaps the council could be persuaded to increase it to three or four hours.

A council spokesperson said parking controls are being provided to “prevent spaces being monopolised all day”.

“This move has ensured professional businesses are provided with parking spaces for their customers,” he added. Free parking had been kept in place until the Ballinacurra bus lane had been completed, he added.