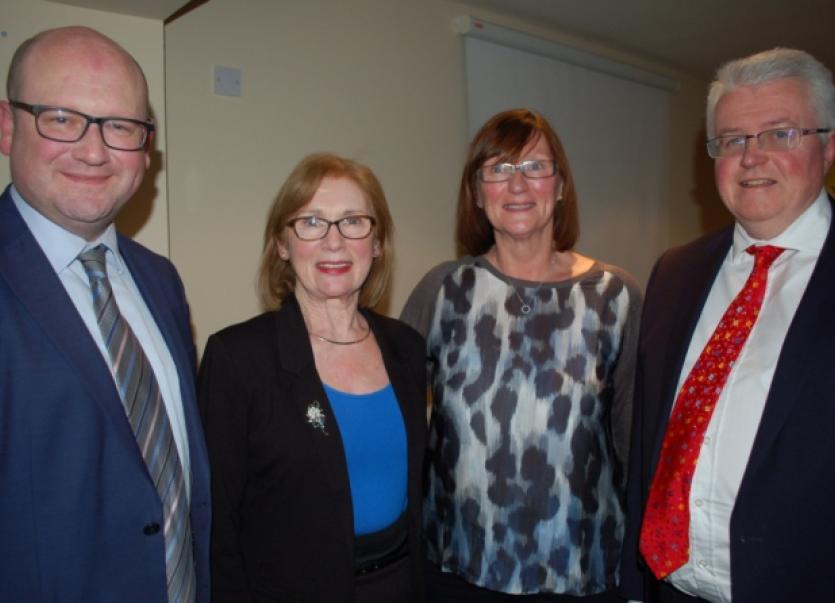 THE secretary of the Labour party in Limerick Marian Healy has called for an outright ban on zero hours contracts of employment.

THE secretary of the Labour party in Limerick Marian Healy has called for an outright ban on zero hours contracts of employment.

Minister of State for business and employment Ged Nash was at the Pery Hotel this week where he outlined plans for investigate the use of the controversial contracts by companies.

Trade union representatives from Siptu, Impact, Mandate and other bodies affiliated to the Limerick Trades Council were asked to attend the meeting, where Mr Nash also gave information on the newly established Low Pay Commission, which will put the minimum wage into focus.

The University of Limerick’s Dr Michelle O’Sullivan and Prof Patrick Gunnigle have been appointed to carry out a detailed review of the prevalence and impact of the contracts, which mean many thousands of people have no guaranteed income week-to-week.

“The Labour party and SIPTU have always had a very close connection. A lot of people feel let down by the performance by the party in government. I found it refreshing. It is a step forward. I hope they deliver on the promises [to reform],” he said.

Around 40 people attended the briefing.

Mr Nash said new collective bargaining legislation will provide statutory protection to guard against the victimisation of workers in companies that refuse to engage with unions and a benchmarking mechanism granting workers the right to be represented by a trade union when applying for a recommendation from the Labour Court concerning pay and conditions.

He insisted that the recovery must benefit workers and that he expects to see pay rises in both the public and private sector in 2015 and expects the goal of full employment set by the government to be reached in 2018.

Also speaking at the meeting Education Minister Jan O’Sullivan said that she was working closely with Louth TD Mr Nash to ensure that construction contracts for the building of new schools will safeguard pay and conditions for construction workers and be seen as “models of best practice in the re-emerging construction sector”.

Clarina man Vincent Jennings, of the Convenience Stores and Newsagents Association, will serve on the Low Pay Commission.