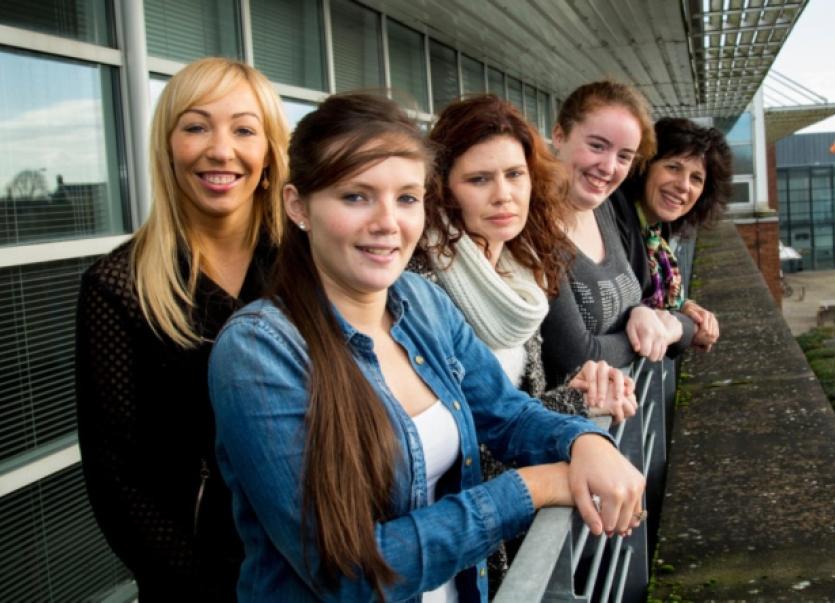 THIRTEEN students from St Nessan’s attending college in Limerick Institute of Technology have benefited to the tune of €143,000 through bursaries, funds for which were donated by private companies.

THIRTEEN students from St Nessan’s attending college in Limerick Institute of Technology have benefited to the tune of €143,000 through bursaries, funds for which were donated by private companies.

The LIT Foundation secured funding pledges worth €11,000 each for the five students who started last year and eight who commenced study this academic year.

Dublin based IPB Insurance funded ten of the bursaries, with one each backed by BHP Laboratories, Averian and Grant Thornton.

The students, all from St Nessan’s Community College secondary school in Limerick city, will receive the funding for the duration of their programmes at LIT.

“We pride ourselves on the efforts we make, very much on a one-to-one basis, that our students receive the level of supports required to ensure that they see out their education and this bursary programme is an evolution of this,” said LIT president Dr Maria Hinfelaar.

“At a time when financial concerns are a significant reason for students dropping out of third level early, these bursaries help relieve any financial stresses and allow them to concentrate fully on their education,” added Dr Hinfelaar.

Eight of the bursaries were awarded to recent St Nessan’s graduates at a ceremony in LIT last Friday, with Liam Woulfe, founder of Grasslands Agro, which won Business of the Year at the recent Limerick Regional Business Awards, doing the honours.

The awards were warmly welcomed by St Nessan’s principal Eugene O’Brien. The school is currently in the process of merging with Salesian’s Secondary School to form a new entity to be named Thomond Community College.

“I can only heap praise on LIT and the sponsors of this programme as it provides much needed support and will have a positive ripple effect for generations for the people of this area,” he said.

“Students enhance their chances of progression professionally and socially by going to third level and the importance of programmes like these cannot be underestimated,” he added.

The LIT president outlined at the launch of the bursary programme that it is the Moylish institution’s intention to expand the Student Scholarship Programme and encouraged LIT alumni as well as companies from the region to support this initiative. Under the foundation’s charitable status, participating companies and individuals qualify for tax relief for their donations to the bursary programme.

“There are a lot of successful LIT alumni out there and we have had discussions with a small number of them already and there are strong indications that we will have further commitments,” she explained.

“We would appeal to others who have been through LIT and gone on to success in business to support this initiative as it is a great opportunity to help others who are trying to follow in their footsteps.

“Likewise, we would ask companies from the region and beyond to row in behind this programme as it could make a huge difference in not just the student’s education but their lives outside education.”