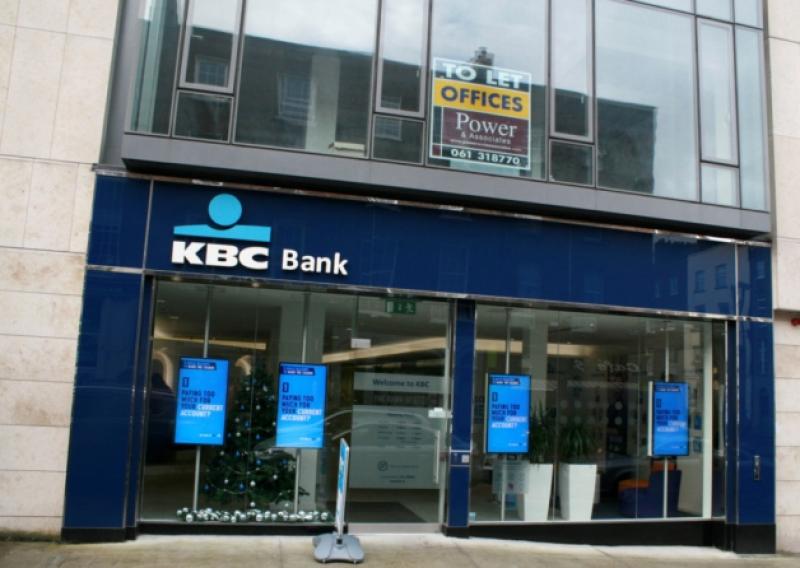 The prime site, which currently only houses KBC Bank on the ground floor, sold at midday in the latest Allsop Space auction of 90 commercial properties around the country.

The building was formerly owned by Limerick developer Robert Butler, who has seen a large tranche of his companies’ assets seized by NAMA and sold on for a fraction of their original cost.

At the time of writing it was the third property to sell for excess of €900,000 among 40 lots to go under the gavel in the RDS before lunch-time.

The mixed use investment building is arranged over six floors, with a current rental income of €30,000 - solely from KBC on the ground floor at present.

The offices on the first, second, third and fourth floors are vacant.

Another of Mr Butler’s assets on O’Connell Street, No 125, which houses Bank of Ireland, has been put up for sale for €8m by Knight Frank agents.

The banks in each of the units will not be affected by the sales.

Another Limerick property to sell today in the Allsop Space auction in the RDS was Frazer’s House on Sexton Street north in Thomondgate, which had a minimum reserve of €350,000 but sold for €420,000.

The building - which houses Ladbrokes, a Chinese restaurant and Fine Wines off-license - has a current rental income of €105,500.

In all, 90 commercial lots will continue to go under the hammer for the rest of the day.

Allsop Space will hold a second auction in Dublin this week, focusing on 220 residential properties nationwide this Thursday, December 11.

A set of 35 apartments in Troy student village in Castletroy are going for €1.6m.

A second investment property is located at No 6 Pery Square, which is for sale for a minimum reserve of €300,000. The end of terrace Georgian property in this prime location has nine bedsits and two offices on the first and ground floor, generating rents of €49,020 per annum, though one of the offices is currently vacant.

Wilton House, Graigue, Rathkeale, a detached five-bedroom period property and a protected structure has a reserve of €260,000. The property is subject to a tenancy at a current rent of €19,200 per annum.

Four, three-bed apartments in Thomond student village in Cratloe are also up for sale for €100,000, to be sold as one lot.

A mixed-use building on the Main Street in Askeaton has a reserve of €80,000 to €100,000. It comprises six unit and a funeral home, with five vacant units. Between the funeral home and the laundrette the annual rental income is €9,800.

A detached, two-storey five-bedroom period house in Mount Mungret, Mungret will also come under the hammer, with a guide price of €90,000. The protected structure is situated on 0.25 acres.

A third-floor two-bedroom apartment in Mount Kennett Place on the Dock Road is listed for €30,000, while a fifth floor two-bed apartment in The Steeples, Mulgrave Street, is priced at a minimum of €40,000.