Young mum who works in Limerick wins petrol for a year 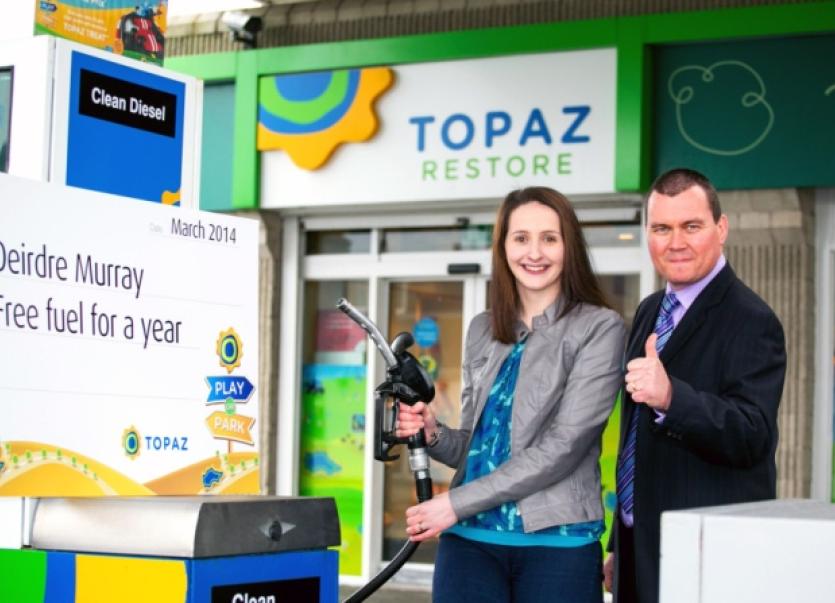 A NORTHSIDE childcare worker is celebrating today after winning a free petrol package worth around €20,000.

A NORTHSIDE childcare worker is celebrating today after winning a free petrol package worth around €20,000.

Deirdre Murray, who works as a child care team leader at a crèche in Ballynanty won free motor fuel, home heating oil and coffee for a year after taking part in Topaz’s Play or Park loyalty game.

After collecting 200 points in petrol spend, rather than use these for money-off her next shop, Deirdre decided to gamble them.

And it paid off, after she won February’s prize of free fuel for a year for three people.

On top of this, she has secured free home heating, and free coffee for three people up to the value of €20,000.

Mother of two Deirdre said she was delighted to win at the first time of asking.

“Although I had accumulated lots of points and so had five plays it was my first time entering. I was at home sick from work on Monday and trying to get a prescription filled when I got the call. The next minute I was jumping up and down. I couldn’t believe it. I’ve never won a prize in a competition like this. The news definitely aided the recovery,” she recalled.

Deirdre is going to share the prize with her husband Enda, and her two children Croidhe, 3, and Saorlaith, 2.

“One of the reasons I accumulated the points is that my husband Enda, who is a mechanic, is always onto me to make sure I only use Topaz AA quality approved diesel. So I suppose it’s only fair he and his mum Tina get to enjoy free fuel for a year too,” she laughed.

Topaz area manager Noel Darcy said everyone in the firm is delighted for Deirdre, Enda and Tina.

“Free motoring and warm homes with Topaz fuels for the next year as well as all that Fair-trade coffee! It’s a great prize. We’re delighted that Enda is going to benefit as well given he is such a fan of our AA quality approved fuels,” he said.

Topaz, the country’s largest fuels and convenience retailer, launched Play or Park just over a year ago and already over 225,000 people have already registered to play along.