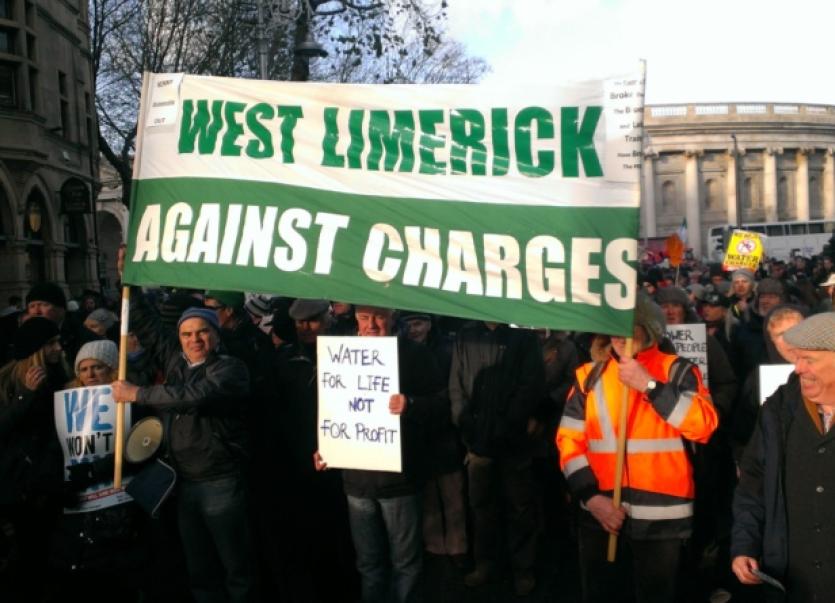 AN ESTIMATED 500 people from across Limerick have joined Dublin’s anti-water charges protest, which is taking place this Wednesday.

AN ESTIMATED 500 people from across Limerick have joined Dublin’s anti-water charges protest, which is taking place this Wednesday.

Four full coaches and a number of extra cars left the Parkway Shopping Centre this morning, with around 250 people on board, while trains to the capital were packed with protestors.

The Anti-Austerity Alliance (AAA) has predicted this means over 500 people are representing Limerick at the march. Among those travelling up was former Mayor John Gilligan, AAA councillors Cian Prendiville, John Loftus and Paul Keller, and ex-councillor Joe Harrington.

Initial reports have put the numbers protesting at “tens of thousands”.

Limerick Leader reporter David Hurley, who is reporting from the protest at Merrion Square said: “There is absolute pandemonium here. Everything is blocked off. Buses and trains have all stopped. There is palpable anger.”

“It is fabulous. The place is thronged. Tens of thousands of people have turned out. Irish Water is dead and buried after today. I am proud to say Limerick people are here in our droves. Four coaches came as well as cars, and all the senior citizens availed of their free travel passes to tell Enda he can piss off with his Irish Water,” he said.

- Stay with the Limerick Leader for updates on this developing story, and see the print editions of the broadsheet